In film, the subject of Nazism and White Supremacy can be a tricky subject to handle. It's a subject that can easily be done wrong, and it's a tight line to walk as a filmmaker. That's why it's nice to see when a filmmaker does have the balls to tackle that subject. When I saw that a trailer for a film with Daniel Radcliffe infiltrating a Neo-Nazi group was online, I immediately watched it. Radcliffe just turned in a fantastic performance in Swiss Army Man (read our review here), so I was very much interested in his next project. And after watching this trailer, I can say that I am also very much interested in seeing this movie.

Imperium looks fantastic. It looks gripping, captivating, and a genuinely scary film. Once again, Radcliffe looks excellent in this film, and is truly branching out of being type-cast as Harry Potter. This looks like it could be a great FBI-investigatory thriller in the vein of The Departed, and that is and idea that really excites me. Toni Collette also looks really good. And what caught my eye the most is the fact that is this based off a true story. Ultimately, this could end up being a not very good movie, but I was hooked from this trailer, and I fully intend on seeing it when it hits theaters in August. 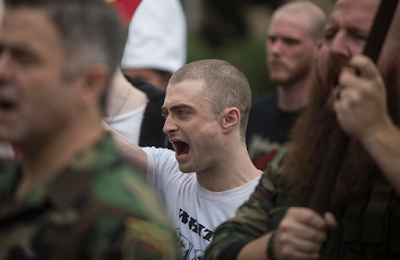 What do you think? Did you like the trailer for Imperium? Are you looking forward to seeing the film? Leave your thoughts in the comments section below.