Ever since Tom Hanks joined, Sully was a movie I was very interested in seeing. I remember the story of the plane landing in the Hudson very clearly, and the real Sully was celebrated as a hero. So it would only make sense that this event would be turned into a movie. With Clint Eastwood behind the camera, this seemed like it had all the makings to be a prime Oscar movie. But my question was did this story have enough substance to carry an entire film. But with the movie's first trailer, we now have a better sense of how the story will play out.

It's interesting that they're beginning with the movie with the crash, and then telling the story from there. It adds more mystery, as, if the crash was the end, then you know what it all builds to. But with this approach, they could go anywhere. You have no idea. If you start off your movie with the giant plane crash, then you're free to tell the rest of the movie how you want to, and that is creatively liberating. This feels like Flight mixed with Captain Phillips, and that sounds like an interesting movie. I'm really excited to see where this film goes, and I'll definitely be checking it out in September when its released. 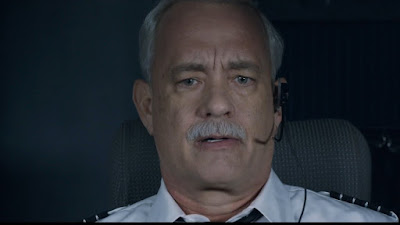 What do you think? Did you like the trailer for Sully? Are you looking forward to seeing this film? Leave your thoughts in the comments section below.