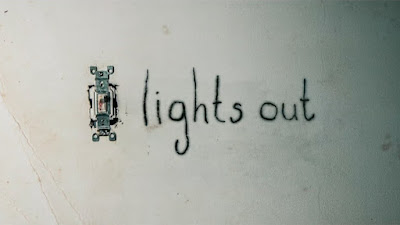 I have never been a big fan of horror movies. I find they aren't well acted, are poorly written and rely on cheap scares. I liked The Conjuring movies, mainly because they develop and build their characters, and use legitimate scares to rope in the audience. From the first trailers, I thought that Lights Out would end up being the former. The gimmick was interesting enough: when the lights are on, a spirit appears. When they're off, she is gone. The idea captured the trailer, but the rest of it fell into the generic horror film trap. But with all the critical praise surrounding the movie, I became hopeful that maybe it could be more than the trash we normally get. So I went into Lights Out very hopeful. In the end, Lights Out doesn't have the best horror I've ever seen, but it's development of characters and good writing allows it to stand out in the genre.

Rebecca (Teresa Palmer) visits her crazy estranged mother (Maria Bello), when her younger step-brother Martin (Gabriel Bateman) seems to be going through a rough patch. But what Rebecca find the problem to be is far beyond what she was prepared to deal with: a demonic spirit that can only be seen when the lights are off. 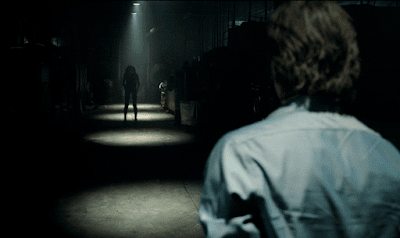 More so than the horror, I appreciated what the writing did for this film. It actually took time to develop its characters, and create a problem that was beyond just the supernatural. At its heart, this was about Rebecca trying to grow up and mature, and come to terms with mistakes she's made in her past. She's trying to help Martin, and doesn't know what's the right thing to do in his troubling situation. For me, at least, it felt like the horror in this movie was second to the central drama of these characters. And I really appreciated that time and care that went into writing and detailing these characters. It was very refreshing.

The performances were all really good. Palmer did a great job leading this film, and was far more than just a girl who ran around screaming. She added a lot to her character, which was already well-written. I always get annoyed with child actors, but Bateman did a great job in his role. He was never really over-the-top, and worked in the role he played in the story. Alexander DiPersia played Rebecca's boyfriend, and I appreciated that they didn't make his character a douche or an asshole. He was actually a nice guy who just wanted to help, which was refreshing to see in his kind of character in this type of film. And of course, Bello was great as the crazed and damaged mother, who is trying to deal with the death of her husband. 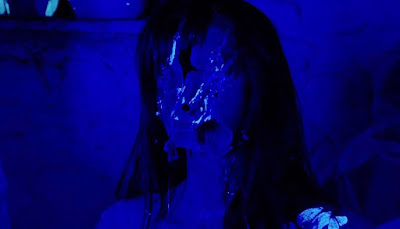 Director David F. Sandberg adapted this film from a short he made, which you can view here. The short, though clearly low budget, was incredibly effective. It creates a terrifying atmosphere by showing you practically nothing. And the final shot of the girl is absolutely nightmarish. While the gimmick translates to the feature, the atmosphere didn't necessarily for me. I thought the concept worked better as a short than as a regular movie. The repetition of lights on/lights off does kind of get old, but Sandberg tried the best he could to use it in new and different ways, which were enjoyable to see. Someone fires a gun and the girl appears only when you see the flash of the gun. Headlights are used. These things kept the gimmick fresh, but for the full film, it didn't necessarily carry through for me. This movie also didn't go as far with the horror as I wanted it to. It was rated PG-13, and I wish it was rated R, because it would have been serviced better to have The Conjuring or The Exorcist level horror. I was always wanting it to go further, but it just never did, and that was disappointing.

Overall, Lights Out is a great little horror movie that does more to defy horror stereotypes rather than add the genre itself. The characters are three dimensional. They're well-written. They have arcs, and they don't make stupid decisions. And there were great performances all around. These are all things revolutionary for the horror genre. The gimmick at the center of the film does get old after a while, and the horror never goes the lengths I necessarily wanted it to go, but I appreciated what this film was trying to do enough to enjoy it. David F. Sandberg showed that he has a lot of talent as a director, and I am excited to see what he does next. So while Lights Out won't be remembered as one of the great horror films, it will be remembered as a tentpole for how horror movies should write its characters and story. 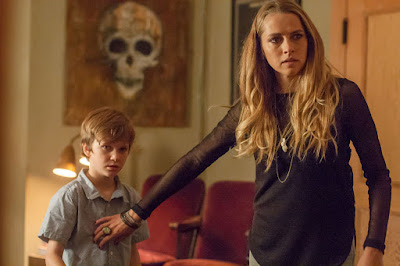 What do you think? Have you seen Lights Out? Did you like the film? Leave your (spoiler-free) thoughts in the comments section below.