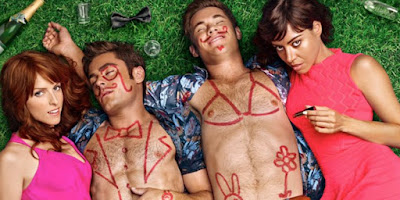 Mike and Dave Need Wedding Dates was a movie that I didn't necessarily have high expectations for. The trailers looked decent to me, but nothing special. They just never really stood out to me. So when I found myself going to see this movie, all I wanted was to laugh. I like the main cast. I love Aubrey Plaza from Parks and Recreation, and Anna Kendrick has proven herself to be excellent in comedy. Zac Efron has also shown that comedy is really his shtick in his post-High School Musical days. I wasn't overly familiar with Adam Devine, but these four actors seemed like they could make a good comedy together. So I walked into Mike and Dave hoping that I would get a few good laughs. While we do get some laughs, Mike and Dave is a mixed bag in terms of its comedy, and its trailers accurately reflect the film: decent but nothing special.

Mike (Devine) and Dave (Efron) ruin every family gathering they attend. So when their little sister Jeanie (Sugar Lyn Beard) is getting married, their parents force them to bring respectable girls to the wedding. However, they are tricked by Tatiana (Plaza) and Alice (Kendrick), who pretend to be nice girls in order to get a free trip to Hawaii. And due to this trick, things quickly begin to spiral out of control. 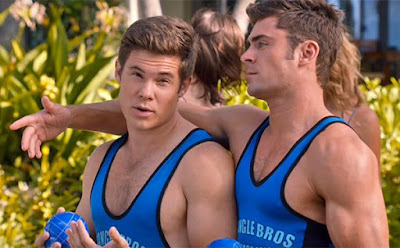 There is very good chemistry between the four main characters, I'll give them that. Devine and Efron play off of each other well, and are believable as brothers. They have some good banter between each other, which may not be gut-busting funny, but is at least enjoyable to watch. Plaza and Kendrick also have good chemistry together. I also really liked Efron and Kendrick together, who were the more reasonable ones in their groups. Their relationship actually made sense, and was one I cared for. I'll get into Devine with Plaza later. The supporting cast is also really good. Beard is great as Jeanie, and Sam Richardson does a good job as her fiancee, Eric.

I think the premise is also really good. It's based on a true story (sort of), where there was a real Craigslist ad for wedding dates, posted by a real Mike and Dave. Whether any of background the story gives these characters are true, I don't know, but the premise itself is great, and has a lot of potential for a comedy. However, I don't think this premise was fully realized by this film. The comedy didn't always land. Some jokes did, and there are some funny parts to this movie. But there are a lot of jokes that reach but don't hit the mark. I didn't walk away really remembering any true quotable line from this film, which is kind of sad. 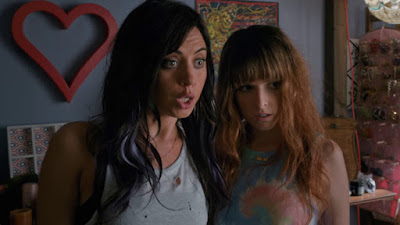 The comedy didn't go as far as it could have, or should have. It walks the line of being a true R-rated comedy, but never really goes for it. I really liked Kendrick and Efron in this movie, only because they are actually likable. They're never really bad or over-the-top, and are therefore the most relatable. Plaza and Devine are the ones who are over-the-top, with their acting and what their characters do. Had their acting been toned down, especially Devine, it probably would have been more enjoyable. I think the writers needed to re-evaluate their characters, and figure out who they are. Because you're introduced to Kendrick being a certain way, then for most of the movie you see her as this kind-hearted person, and then she is suddenly doing crazy things again. It's very inconsistent, and that's an issue with the writing.

Overall, Mike and Dave Need Wedding Dates is a good movie to see if you're really bored. It's a decent little comedy that has some good laughs, and is at least enjoyable to watch. It's not a good movie, nor is the comedy exemplary, but it is not a terrible movie. The main actors have good chemistry, even if their writing is inconsistent. Some of the performances are over-the-top, and the jokes don't always land. The beginning and end are also bit more concrete, while the middle kind of drags on with no clear focus. But it does enough to not be a waste of a time. This is one to wait for On Demand for, in my opinion. 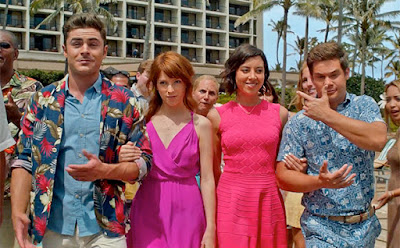 What do you think? Have you seen Mike and Dave Need Wedding Dates? Did you like it? Leave your (spoiler-free) thoughts in the comments section below.