My Problems With: The Neon Demon 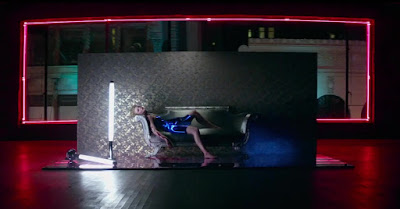 The Neon Demon is becoming an increasingly talked-about film, and one that is divisive among viewers. Some praise it as a new cult classic, and applaud its artistic qualities. Others, more along the lines of my thinking, see it as a film that suffers from style over substance, and fails as a true narrative. You can read our full review of the movie here. But as more and more people are beginning to talk about this film, I wanted to put out my thoughts on what my main problems were with the movie. For this editorial series, I cover films I mostly liked, so I'm not just bashing on terrible movies. Because The Neon Demon isn't terrible; it has some very redeeming qualities that I'll touch upon later. But these are my main problems with the movie.

Warning, there will be spoilers for the film! So if you have not seen the movie yet, check it out first then read this editorial. 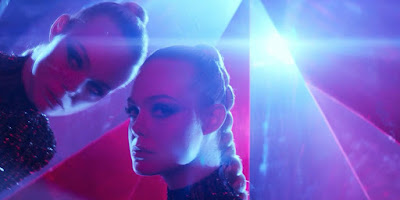 Today in Hollywood, it seems like we have two kinds of films: mainstream blockbusters that are very by-the-numbers in terms of storytelling, because the draw for the audience is the title of the movie or its characters. Then we have the independent, artistic films, which take chances in order to tell different kinds of stories and have a different kind of appeal. As much as I love the blockbusters like Captain America: Civil War, I may like the independent films just a little bit more, because they have the opportunity to be so different. Two of my favorite movies of last year were Room and Me and Earl and the Dying Girl, because they were both so unique in their storytelling. Independent film offers filmmakers an opportunity to be artistic, because film is an art. However, sometimes filmmakers can get too carried away, in what we call style over substance-- where the artistic nature of the film trumps the actual narrative of the movie.

In the case of The Neon Demon, it definitely suffers from style over substance. Director Nicolas Winding Refn turns certain scenes into simply a showcase of beautiful cinematography, which holds no bearings in the context of the film. Specifically, the fashion pageant midway through the film. The scene begins with strong context in the movie: it establishes Jesse (Elle Fanning) moving up in the modelling world, and further expanding on Sarah's (Abbey Lee)'s building jealousy of her. But the scene stops midway in order to show, albeit beautiful, shots involving neon lights and triangles. But then it moves onto the next scene, without any kind of conclusion to the scene, or any explanation as to what this cinematography showcase had to do with the film as a whole. When a movie's artistic choices compromise the story, such as in the example I gave, that is when the movie begins to suffer. And that's what happens with The Neon Demon. It favors the artistic qualities over telling a competent narrative, and the overall film suffers for it. 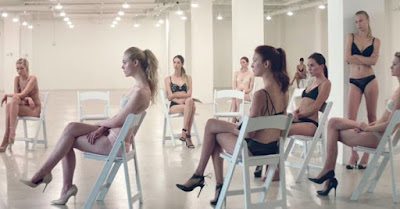 In my previous point, I said that The Neon Demon sacrifices its narrative for being artistic. Well, this second point goes hand-in-hand with that, because the film actually starts with a really strong narrative. Jesse moves to L.A. and begins her career as a model. And pretty soon, she is rising up the ranks, quickly becoming one of the most favored models in the industry. But after the aforementioned fashion pageant, the film takes a sharp turn away from its narrative and towards just a serious of weird and unrelated scenes that play straight into my third point. But I was actually invested in the story, and wanting to see where it went. But the film diverges from it completely, and we never get any sense of closure. We never know truly how that story ends. She is top of the industry things are going great then all of sudden the other models eat her.

This re-direction is extremely jarring, and it leaves this film half-baked. Had the movie continued with the narrative, and still gave us artistic elements in the context of a working narrative, then this could have been a really good movie. But Refn's decision to turn the story in a completely different direction not only prevents any closure with the narrative, but it just muddles the film into something that doesn't make much sense as an overall picture. Refn should have continued and concluded Jesse's story, and we just didn't get that. 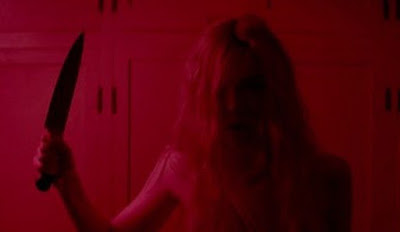 After the story re-directs itself, it gives us a series of shocking scenes that don't have any relevance to the story. We see Jena Malone's character having sex with a dead corpse. We see the other models gang up on Jesse and eat her. Then, we see Sarah throw up Jesse's eyeball at the very end of the movie. The problem is that these things happen only to shock the audience, and for no other reason. No one is saying that it's not effective, but the shock value is there purely just to be there. Refn doesn't integrate these shocking scenes so they fit organically into the story. He just tags them on at the end of the movie, and it becomes hard for these scenes to be effective. Had they actually had relevance to the story, and efficiently tied up the film, then it would have been far more impacting than what we got.

Refn wanted scenes that had people talking about the film, and he accomplishes this. It's a main reason why people are talking about the movie today. But he just gives us the scenes; the story itself doesn't call for it to take this turn. The film doesn't warrant this by any means. There is a way to incorporate these shocking scenes into a narrative that effectively concludes Jesse's story, but it just doesn't happen in this movie. And because these things happen for no real reason, the shock behind it is empty. It's not as meaningful as it would be had these events made the film come full-circle. Shock value for the sake of shock value is just emptiness, because it doesn't mean anything. 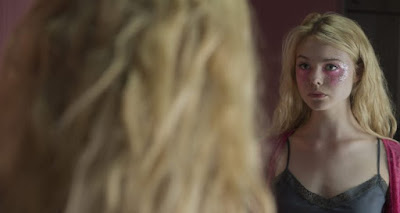 Before I wrap up this editorial, I just wanted to comment on the things I did like about the movie. While the style may have overpowered the story, it is a beautiful film to look at. The cinematography is breathtaking, and is truly gorgeous. It is one of the best looking films of the year so far. The score is also brilliant, as it really captures every scene and drives the momentum. From a technical standpoint, The Neon Demon is brilliant, and it deserves every accolade for its technical achievements. Elle Fanning also gives a really good performance as Jesse, and proves her acting capabilities. As I said in my review, the last thing I saw her in was Maleficient, a movie I didn't like at all, so it was good to see her in something that actually challenged her.

But unfortunately, these really good elements are muddled by a script that just doesn't work. All my problems with the movie stem from the screenplay. It chooses to go for style over substance. It re-directs the narrative from being Jesse's story to a series of scenes that are just there for shock value and add nothing to the overall film. Had the screenplay been reworked and Refn realized he could tell a competent story and give us a beautifully looking film, then The Neon Demon might have turned out to be a really good movie. But we just don't get that. 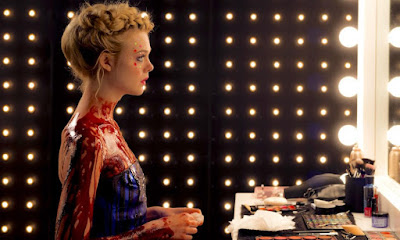 What do you think? Do you agree with my problems with The Neon Demon? Did you like the movie? What were some of your problems with the film? What did you like about it? Leave your thoughts in the comments section below.