Rogue One: A Star Wars Story- Behind The Scenes Featurette and Poster

This week marks the start of Star Wars Celebration, which its title is pretty self-explanatory. But with so many Star Wars projects on the horizon, such as Rogue One: A Star Wars Story this December and Star Wars Episode VIII next year, news on such films are being highly anticipated. With a new trailer for Rogue One already confirmed for this week, it was a bit of a surprise to see that a behind the scenes featurette had dropped, giving us a better sense of the project. A lot of the scenes viewed in the featurette were in the first trailer, which you can re-watch here. Specifically the Stormtroopers on the beach in a very D-Day-esque sequence. The featurette also features brief interviews with director Gareth Edwards, star Felicity Jones, as well as various other actors and crew members.

One thing that really stood out to me in the featurette was the use of practical effects over CGI. A big thing for Star Wars Episode VII: The Force Awakens was its use of practical effects, after the extreme negativity surrounding George Lucas' decision for dominating the prequels with CGI. But it was never clear whether that was just a decision J.J. Abrams had made specifically for The Force Awakens, or if that was the plan going ahead for all the new Star Wars movies. And with this featurette, it seems that the latter is true. While we do see some blue screen, we mostly get real actors in costumes, real sets and real props, which is very reassuring. What made The Force Awakens work so well, in my eyes, was the practical effects because I was able to connect to it more than just a bunch of CGI characters and sets. There will be plenty of CGI in Rogue One, but seeing that their basis is practical effects is very assuring. 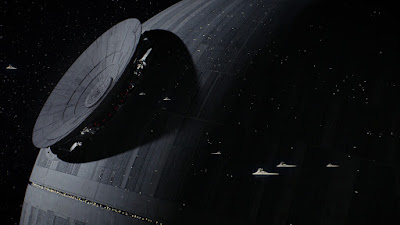 The interview with Edwards really stood out, as the touched upon something that is very important going further into the newly revamped Star Wars franchise. He talked about how, as a filmmaker, you want to respect the films that came before and honor them, but at the same time if you're not doing something different and unique, then why are you even making the film. This is exactly what Abrams did with The Force Awakens. He paid his respects to the original trilogy, while also giving us something new to love. And that is exactly what I want all these new films to do. So it was very pleasing to hear Edwards say that, and to know that he values that as well.

A new poster for the film has been released as well, which you can view below: 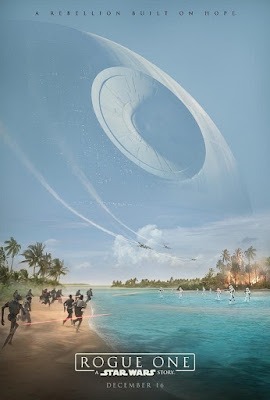 What do you think? Did you like the behind the scenes featurette? Are you glad they are using more practical effects than CGI? How did you like the poster? Are you looking forward to Rogue One: A Star Wars Story? Leave your thoughts in the comments section below.