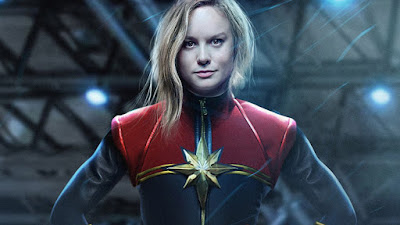 With Doctor Strange opening this November, we'll officially be two films into Phase Three of the Marvel Cinematic Universe, which was kicked off by May's Captain America: Civil War. As we get closer and closer to the other films in Phase Three, we're beginning to learn more about them. One of the films slated to come out is Captain Marvel, which is a very interesting property. It will be Marvel's first female-led film of their cinematic universe, something DC has already beaten them to with next year's Wonder Woman. But the question surrounding Captain Marvel has been who will play her, and who will direct the film. Well, at this year's San Diego Comic Con, we got the answer to one of those questions.

It has been confirmed that Brie Larson will be playing Captain Marvel. This is really exciting news! I still think I would have preferred Charlize Theron over Larson, simply because Theron proved her action capabilities with Mad Max: Fury Road, and Larson hasn't shown that yet. But regardless, she is a tremendous actor. She was the lead in my favorite film of 2015, Room. She's also going to be in next year's Kong: Skull Island, which will be a big event film. This is just another talent Marvel has in the bag, and will be a great addition to the universe. But with the movie not coming out until 2019, and us getting the casting announcement now, I'm sure that we'll see Captain Marvel sometime before her solo film. Most likely in the first Avengers: Infinity War, which is slated for 2018. But regardless of when we'll first see her, I am very excited to see where Captain Marvel goes, and who they'll bring in to helm it. 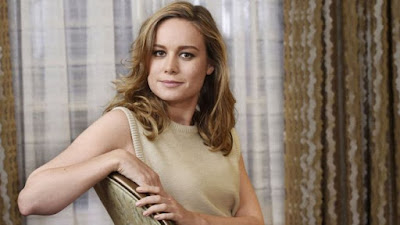 What do you think? Are you happy that Brie Larson is playing Captain Marvel? Would you rather have seen someone else? Are you looking forward to the film? Leave your thoughts in the comments section below.