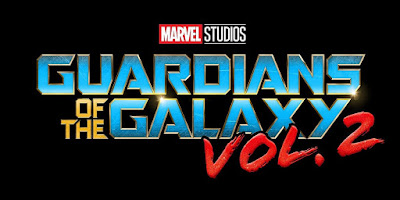 Ever since the end of the first Guardians of the Galaxy, the big question surrounding the franchise has been who is Star-Lord's (Chris Pratt) father? Going into the sequel, director James Gunn said that the reveal of the father would be a central point of the story. News came shortly after that Kurt Russell had been cast as the father, with no news as to which character from the comics it truly was. There was endless speculation, but no confirmation, until now.

At San Diego Comic Con, Gunn talked a bit about how the sequel, and revealed Star-Lord's father to be none other than Ego the Living Planet. Yes, he's a planet. I know, it's weird. I never thought we would ever see Ego in the films. Whenever I had to conjure up obscure Marvel comics facts (to get girls, obviously), Ego was my go-to character. But I never in a million years thought that he would be in a film, let alone as Chris Pratt's biological father. The strangeness hasn't eluded Gunn either. At Comic Con, he talked a little bit about how this could work, saying:

"But to me, this is the absolute center of Vol. 2, and one of the reasons I've been so excited about it. When Marvel first approached me with the first movie, I thought, 'Wait a second? A talking raccoon? Isn't that a rather ridiculous idea to base a movie around?'

"...Ego seemed, in many ways, like an even more ridiculous character. But I asked myself, if a planet was alive, how could that be? And how could it father a child? The answers to those questions took me to a far deeper place than I expected. I don't want to give away too many answers at this time. But what Nova Prime said about Peter's father at the end of Vol. 1 is certainly true-- he is something ancient and unknown. And, as we will discover, being a cosmic being, alone for eons, is perhaps even more lonely than being the universe's sole talking raccoon."

He does have a point. Gunn took a talking raccoon and made him a character with heart and emotions, something that people actually cared about. If he can do that with a raccoon, he can (probably) do it with a planet. I have a lot of faith in Gunn, and I think he knows where the line between passable and overkill ridiculous. Ego will be walking that line quite a bit, but if anyone knows how to pull it off, it will be James Gunn. I am fascinated to see how this turns out on screen. It's going to be one hell of a feat, but why do a sequel if you're going bigger or bolder? Can you imagine if we actually get Kurt Russell's face on the side of a planet? Holy sh*t, I don't know if that's brilliant or horrible.

What do you think? Are you excited that Star-Lord's father is Ego the Living Planet? Was it a smart choice? Is Kurt Russell a good fit for the role? Are you looking forward to seeing Guardians of the Galaxy Vol. 2? Leave your thoughts in the comments section below.