Every year, San Diego Comic Con offers up a lot of new and exciting information about upcoming films, particularly comic book movies. We usually get a lot of really cool casting announcements, concept art, posters and trailers. And this year was no exception. Between Marvel and DC, we got tons of really cool stuff. But who exactly won the convention this year? Both studios brought their A-game, and took turns shocking and exciting Hall H. But which studio won? Let's take a look at both sides and determine a true winner. 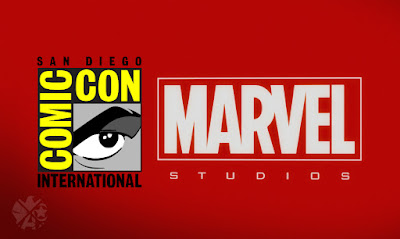 Marvel brought it this year with the announcements. A lot of information dropped, even if they were smaller things. We found out that Brie Larson will be playing Captain Marvel, which you can read about here. This is huge, because Larson will be starring in Marvel Studio's first female-led superhero movie. Plus, she's a tremendous actor. We also got a look at the Hulk's gladiator armor from Thor: Ragnarok, which you can see here. It just further confirms that this Thor movie will adapt elements of the Planet Hulk comic series. The fans in Hall H also got to see a sizzle reel for the film, one that has not been released to the public. It shows the Hulk (Mark Ruffalo) in armor, Cate Blanchett as Hela and Thor (Chris Hemsworth) battling the movie's villain, Surtur.

We also finally learned who Kurt Russell will be playing in Guardians of the Galaxy Vol. 2. We knew he would be Star-Lord's (Chris Pratt) father, but we didn't know which character. But now we know that he is Ego, the Living Planet. You can read director James Gunn's comments about how the hell he'll pull it off  here. Fans in Hall H also got to see a couple clips from the film, showcasing Russell and Pratt's dynamic, as well as a trailer for the movie. However, this was not released to the general public. We also got some concept art from Spider-Man: Homecoming, confirming the long-lasting reports that Michael Keaton will be playing the Vulture. You can see it for yourself  here. And once again, Hall H fans got an exclusive trailer for the movie that we have yet to see.

But we did get one trailer from Comic Con that was released for the general public: Doctor Strange. We got our second trailer for the film, which is due out in November. You can see it for yourself here. I thought it was a very good trailer, as it delved more into Stephen Strange's (Benedict Cumberbatch) origins, as well as showcasing more of the action in the film. We get to see a lot more of the trippy elements of the film, as well as the incredible visual effects. I am really excited to see this movie, and this Comic Contrailer was great. 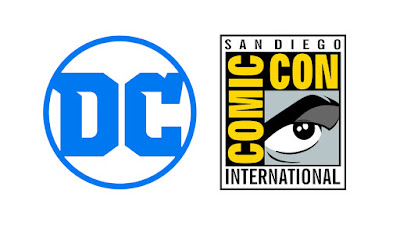 DC didn't give us a lot at Comic Con this year, but what they did give us was a whole lot more substantial than the tidbits Marvel dropped. For starters, we got our first trailer for Wonder Woman. The Gal Gadot film will be the first female-led comic book film of the new age, and is due out next year. You can see the trailer for yourself here. I thought it was a fantastic trailer, and really hooked me on this film. The WWI backdrop is perfect for a Wonder Woman origin story, and the action looks phenomenal. Chris Pine looks really good in his role opposite of Gadot, and their dynamic has a lot of potential to be one of the stronger relationships in comic book movies. This trailer took me from mild interest to over-the-top enthusiasm for the film, which is what a trailer should do. Overall, it was very well put together, and extremely effective.

The second big thing DC dropped was a trailer for Justice League, which was completely out of left field, as they haven't been shooting that long. You can watch the trailer here. The cool guitar riff, the quick wit and the great timing accumulated into a refreshing trailer that bodes well for Batman v. Superman: Dawn of Justice critics. It shows that director Zack Snyder has really turned the ship around, and has listened to fan criticisms. This trailer was a major step in the right direction, and while it may not have been as good of a trailer as Wonder Woman's, it served its purpose as a teaser to get fans on board for this movie. What makes this verdict interesting is that both sides came at this from very different view points. Marvel gave us more information and details, while DC took a quality over quantity approach. Marvel may have given us more tidbits here and there, but DC gave us two giant, awesome trailers. Had the trailers that Marvel showed at Hall H been released online, then this whole thing would be completely different, but they didn't. At the end of the day, I think I'm talking more about the Justice League and Wonder Woman trailers than the Hulk armor or the Spider-Man: Homecoming concept art. So for the 2016 San Diego Comic Con, DC won with their two giant, awesome trailers!

What do you think? Who do you think won the convention, DC or Marvel? Do you agree with my choice? Were you satisfied with all the stuff we got this year? What was your favorite thing to come out of Comic Con this year? Leave your thoughts in the comments section below.