Gambit has been in limbo for a very long time. A long time ago, it was scheduled to come out this year, but that obviously never happened. Producer Simon Kinberg has continuously said the project isn't dead, but rather they are trying to fine-tune the script to make it the best they could. And Channing Tatum is still working on his Cajun accent. Because apparently it takes several years to learn an accent. Regardless, they have been saying that Gambit is still happening, with Edge of Tomorrow director Doug Liman set to helm the film. But it seems Fox was taking too long to get Gambit up off the ground, because Liman has left the project and has now joined the other side.

It is being reported that Liman has not only left Gambit, but has signed on to direct DC's Justice League Dark. No, this is not the Justice League with Superman or Batman, but rather a more obscure team of supernatural characters and monsters, such as Constantine, Deadman and Swamp Thing. Not only is it interesting that Liman has left Gambit, but more so that he joined this movie. Guillermo del Toro has been developing this project for years, but left last year since he couldn't get the movie up off the ground. And with the announcement of an animated movie based on the property, it seemed a live action adaptation was dead in the ground. So with Liman now set to direct, it seems that this movie isn't as dead as we thought. Regardless, I'm really excited to see this film come together. I think the idea sounds really cool, and it would be something different from DC. And while del Toro would have been the ideal director, I think Liman will prove himself to be very suitable. And as for Gambit, I think that is now the movie that is dead. 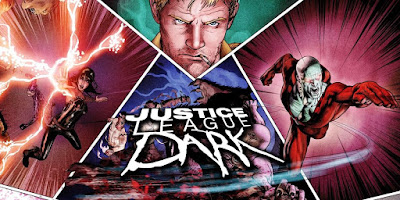 What do you think? How do you feel about Doug Liman leaving Gambit? Are you glad that he's signed on for Justice League Dark? What does this mean for the two films? Leave your thoughts in the comments section below.