I remember hearing about this film awhile ago. While the premise of aliens coming to earth and humans having to communicate them before time runs out is a worn-out premise, the fact that is was directed by Denis Villeneuve, who directed Prisoners, was the main attraction. I loved Prisoners, and thought it was a very compelling mystery with excellent performances. Also, the main cast is excellent. Amy Adams, Jeremy Renner and Forest Whitaker are all tremendous actors, so it was really the talent behind the film rather than the film itself that caught my interest. So I was looking forward to seeing a trailer for Arrival, so that I could really get excited for the film. Mainly, I was looking for what sets this film apart from others that have the same premise. What makes this movie unique? Well, now we have our first trailer for the film.

The performances all look good, which was something I was expecting. But I never saw what made this film different. I couldn't find the uniqueness. I'm sure there's more to it in the actual movie, but from this trailer alone, I didn't see what was going to make this film stand out. It seems pretty paint-by-the-numbers, which is disappointing to see. I'm sure this movie will turn out to be really good, and I'm sure there are things in there that make it unique, but none of that was in this trailer. It just wasn't intriguing to me. This trailer for Arrival did exactly what it was not supposed to do, which was make it seem ordinary. I was underwhelmed watching this trailer, and that was disappointing. I'm sure the movie will end up being great, but this was not the best trailer to introduce us to the film with. It just needed something else in there to catch our attention. 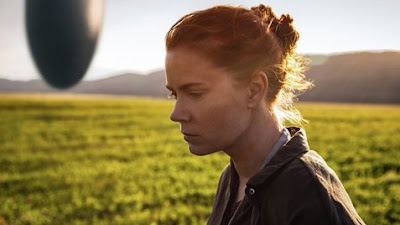 What do you think? Did you like the trailer for Arrival? Are you looking forward to seeing the film? Leave your thoughts in the comments section below.