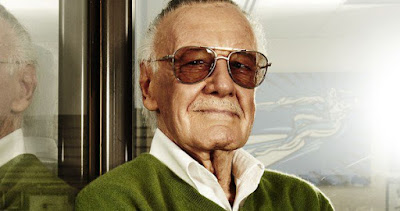 Stan Lee is probably my biggest childhood hero. It goes back to a surprisingly mature ability in my childhood to distinguish the man from the art. As a kid, I loved Spider-Man. He was my favorite superhero, and was huge in my development as a person. But I loved Stan Lee more, because I recognized him as the creator and writer for Spider-Man. I even mailed him a fan letter when I was six. Of course, he never wrote back, but it's interesting for me to look back and I realized I was more caught up in the man behind the curtain than Oz itself. Stan Lee even came to a comic con near me last year. I desperately wanted to get his autograph, but they were $80, and I was going through a bit of a rough patch financially, and I didn't know if I wanted to dish out that amount of money. I ended up not doing it, and I really regret it. I say all of this to give you a thorough understanding of how much Stan Lee means to me, in light of this recent news.

It has been announced that Fox has gotten Stan Lee's life rights, and is making a fictional film set in the 1970's, imagining Lee as a super spy in an action/adventure movie in the style of Kingsman: The Secret Service and the Roger Moore James Bond films. I am dying to see a true Stan Lee biopic, and I don't think this movie nullifies that possibility. I think we'll get that true biopic someday. But now, we're getting this, and it's absolutely crazy. At first, I didn't know what to make of it, but after listening to fan discussions on how it could be done, I've been sold. Fans have theorized that there could be intricate, creative ways to work Stan Lee classic phrases (Excelsior, 'Nuff Said), along with showing how, as a secret agent, Lee got the inspiration for his characters. If done right, this could be a spectacular film. My only question is, if it's being produced by Fox, will they be able to mention Marvel names like Iron Man and the Hulk, since those characters are owned by Disney? I'm sure they will, because there's no real point in Fox making a Stan Lee movie if they can't mention 70% of the characters he's responsible for. So I'm on board for this film, granted they do it right. And I'm throwing Bryan Cranston out there as a perfect "young" Stan Lee! 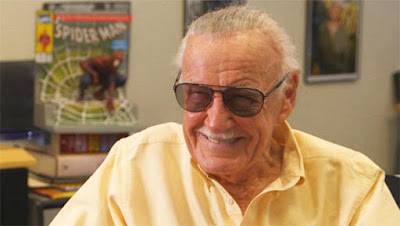 What do you think? Are you interested in a 1970's set Stan Lee action/adventure movie? How do you think they'll do it? Who would you choose to play Stan Lee? Leave your thoughts in the comments section below.