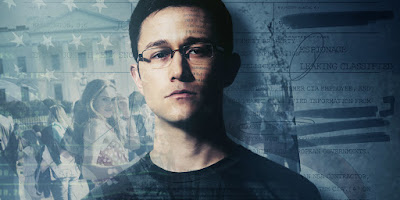 Snowden is a movie I've been looking forward to for a while now. It was supposed to be released last year, but was pushed back into 2016. I had hopes that it was because they thought they had better Oscar chances with it being released in this year rather than last year, but it also could have moved because the studio wasn't confident in the film. I was hoping for the former. I really like Joseph Gordon-Levitt as an actor, and from the pictures and videos I had seen of the real Edward Snowden prior to the movie, it looked like Gordon-Levitt was perfect casting. Plus, I like Oliver Stone's movies. He knows how to tell intricate and complex stories, even if he does inject a lot of his own political biases into them. But he seemed like a good fit to tell this story. So all in all, I was really excited to see Snowden, but the recent release of the Rotten Tomatoes critics scores lowered my expectations by a lot. People weren't liking it, so I went in expecting it to be mediocre. But instead, I really liked it! I don't understand why there are such dramatically mixed feelings about this film, because, in my opinion, Snowden works to tell a compelling story about a very controversial person.

Edward Snowden (Gordon-Levitt) is working for the NSA when he discovers that the government is secretly and illegally spying on every American citizen. Snowden then must make the decision on whether he can live with this secret, or if he must stand by his morals and expose the United States government for their wrongdoings, even if he may face death for it. 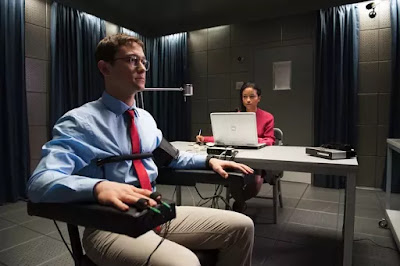 I probably liked this movie more than most people are going to, I'll say that first and foremost. I have read a lot of other people's reviews for Snowden, and there were a lot of things they brought up that I just flat-out disagree with. People say that this film isn't a compelling thriller that holds their interest. I would say the complete opposite: I was locked in with this movie from the beginning. The story of Edward Snowden is one that everyone has heard, but maybe not to the depths that this movie goes to. And someone who has watched the documentary Citizenfour may have a completely different experience with this movie than I did, because I didn't know a lot of the details of this story going in. But I thought this movie did an effective job of giving me the full story while keeping my interest.

The performances in this movie are really good. Joseph Gordon-Levitt is perfect as Snowden. He captures the physical and vocal aspects of the character, and really gives a great performance overall. I don't think he'll be nominated for an Oscar or anything, but he did a great job leading this movie and just shows how talented of an actor he really is. But I was most surprised with how good Shailene Woodley was as Lindsay, Snowden's girlfriend. I haven't seen her in much, and I guess I kind of just type-cast her as the Divergent girl. But she was really good in this movie, and surprised me. The supporting cast was good, but nobody really stands out. And I thought the direction by Oliver Stone was good. I have a few problems with it that I'll get into later, but I thought he overall did a good job at telling this story that really analyzes Snowden's life so that we can see every aspect and variable that played into his decision to do what he did. 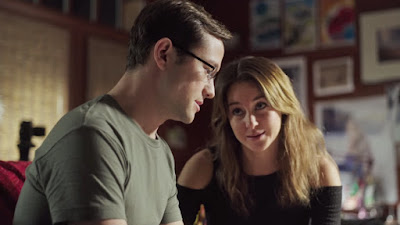 I had some problems with the structure of the film. I didn't care for the fact that it was told through flashbacks. I think there could be a lot more rising tension had we seen all the events play out in a linear fashion, so we could see everything slowly building. I also didn't care for the narration. It worked for some points, but at other times it felt overly exposition-filled, and kind of took the place of letting the movie show you how things happened. The narration told you how the characters felt or how something happened, instead of just showing you, and that got very frustrating at certain points. And the movie could have had fifteen to twenty minutes cut. I enjoyed watching the film a lot, but it was a bit too long, and did need to be trimmed. There are scenes that are nice to watch, but could have been edited out to make the film in its entirety feel leaner.

Overall, Snowden isn't a movie everyone is going to love, but I really enjoyed it. It has great performances from Joseph Gordon-Levitt and Shailene Woodley, along with a medley of other supporting actors. The film is not really about Snowden leaking the information to the world, but rather an analysis of the life of the man Edward Snowden, a character study, and I think that was a really interesting approach-- one that may have turned off some viewers. Oliver Stone was a good choice to tell this story, but is very one-sided with the material. It didn't bother me as much, since I mostly agree with his viewpoint, but for a person who more condemns the actions of Snowden, they may not like this movie as much. I didn't care for the structure of the film as much, and I think it should have been told in a linear fashion as opposed to through flashbacks. The narration also did more harm for the movie than good. The film also could have been trimmed by like twenty minutes. But overall, Snowden is a captivating thriller that, in my opinion, is much better than critics are currently making it out to be. 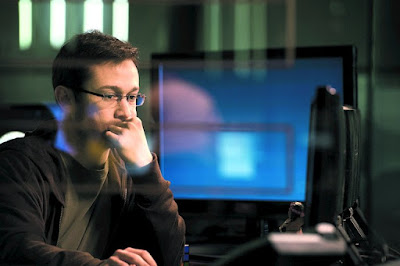 What do you think? Have you seen Snowden? Did you like the film? Leave your (spoiler-free) thoughts in the comments section below.