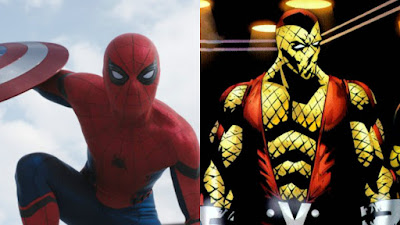 As filming undergoes with Spider-Man: Homecoming, more and more information is being dropped with each day. We just learned the other day that Jon Favreau would be joining the cast to reprise his role of Happy Hogan (you can read about that here). But today we learned a little something new about the Shocker. He was revealed awhile ago to be a villain in the film, along with Michael Keaton's the Vulture and Michael Chernus's the Tinkerer. Bokeem Woodbine has been highly rumored to be playing the character, though that has yet to be confirmed. But regardless of who is playing the character, the question is what will he look like. Not all comic book designs translate well to film, and the Shocker has one of the more ridiculous comic book costumes. Still, he wouldn't be the Shocker if he didn't have some resemblance to his original design. Now, we seem to have an answer to how the villain will end up looking in the film.

A recent batch of set pictures were released, which shows a man dressed in the new Shocker costume. Though no actor was confirmed for the character, we seem to officially have a design for the villain. You can see the images for yourself below: 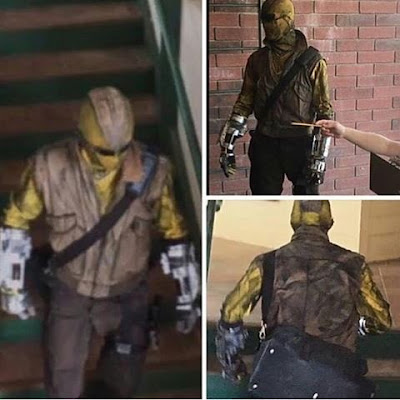 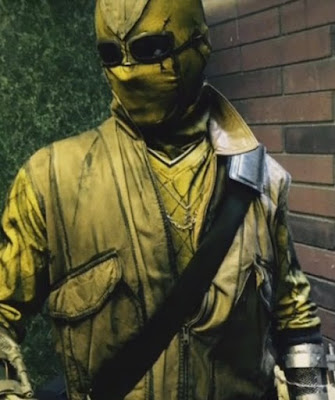 I like these pictures more and more as I continue to look at them. For anyone who has read this site for a while, you know I am a Spider-Man purist, and so I'm always defensive whenever they go in a new direction. But as I said before, you couldn't just take the Shocker costume from the comics and put it on screen. It needed to be revamped in some fashion. And the more I look at it, the more I realize this is the way to go. I'm glad they didn't go the Ultimate Spider-Man route, and just made him a regular guy with shock gloves. Instead, they kept the yellow pattern, and the other more subtle elements of his comic book costume. I just wish they incorporated a little bit more red into it, as that's something that didn't translate from the page. I do have to say that I like the second image more than the compilation of the three, because it looks more official. I'm sure in context, on screen, this costume will work just fine. So ultimately, I'm just happy the Shocker is even going to be in this movie, and I think they did the best they could in adapting the costume.

What do you think? Do you like the design of the Shocker costume? Who do you think is playing the character? Are you looking forward to seeing Spider-Man: Homecoming? Leave your thoughts in the comments section below.