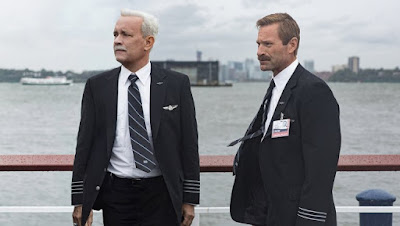 Sully is a movie I was really looking forward to seeing. I remember hearing on the news the story of the miracle on the Hudson when it happened, and I was blown away by just how incredible of a tale it really was. It's a story about true heroism, and was definitely ripe for a cinematic telling. And who's better to portray this on the big screen than Tom Hanks? He is undoubtedly one of the best actors working today. He brings an excellence to every role he has, and he is truly one of my favorites. And I think Clint Eastwood is a great director. I loved his work on American Sniper last year. Not only was it a really good overall movie, but I thought the direction of the film especially shined. So hearing that Hanks and Eastwood would be teaming up to tell this story really caught my interest. They were the right team to bring this to the big screen. So I went into Sully with high expectations, and it didn't necessarily meet them. Sully is a really good movie. However, it doesn't reach the levels of excellence that I wanted it to.

On January 15th, 2009, Captain Chesley Sullenberger (Hanks) was forced to crash land an airplane with two failed engines on the Hudson river, which saved the lives of all 155 people on board. However, Sully is subsequently plagued with the relentless question of whether he made the right decision or not, and if could have actually brought the plane safely back to the airline. 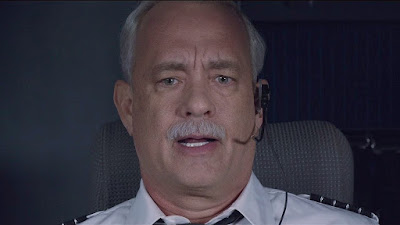 Tom Hanks gives a very nuanced and subdued performance in Sully. It doesn't desperately reach for Oscar bait, but rather he quietly builds this human character of Captain Sullenberger. What struck me about the character was just how selfless of an individual he really was. He always focused on the needs of others before his own, and never regarded himself as a hero, but rather a person just doing his job. And Hanks brought an authenticity to that. You believed this was a man who was genuinely just doing his job, and not putting up a wall of false modesty. I don't think Hanks will necessarily be nominated for Best Actor at the Academy Awards, but he should definitely be praised for his quiet yet strong performance. And Aaron Eckhart was also great as First Officer Jeff Skiles. He wasn't in the spotlight as much as Hanks, but he's one of my most underrated actors and I thought he did a great job with the role.

I really liked the story this movie decided to tell. It didn't focus on the crash itself, but more the human people involved in it. It focused on the trauma of such an event, and the PTSD Sully suffers from. I thought that was a very well handled element of the film. It also centers itself on the investigation into the crash, which I thought was the strongest part of the movie. These corporate people didn't care that human lives were saved-- this cost them money and they were willing to do anything to sabotage Sully in order to punish him for doing the right thing. They were vile people, and you hate them, but it ultimately works to be a testament to just how pure and noble of a person Sully really is. I think the most profound message of this movie is that human life is priceless. It's worth the insurance for an airline rising. It's worth inconvenience. If we can do something to save just one human life, then we need to pour everything we have into doing that, and that spirit was something Sully captured beautifully. 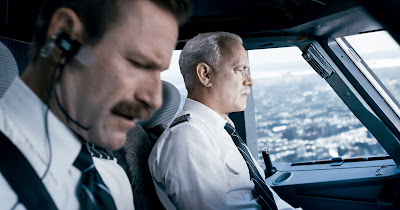 I do have a few complaints about the film. I do like it when movies decide to stray away from being traditional storytelling and become non-linear. Christopher Nolan does this type of film masterfully. And Eastwood attempts to try it for this movie, and I don't think it necessarily worked. I think this movie would have been better ultimately if it had been told in a linear fashion. Instead of beginning after the crash and then jumping around time going back to the crash over and over, I think you should have had the first fifteen minutes of the film be the crash and then go into the psychological tolls it had on people. Maybe have sparse flashbacks throughout, but the actual crash wasn't shown until maybe forty minutes into the film, and I think it would serviced the movie better if we had opened with it. It would have added more tension to the first forty minutes of the movie, because we're watching this movie without having any idea of what the crash they're continuously talking about was like.

Overall, Sully is a strong human story. It has a great performance from Tom Hanks which, although from restrained, works to highlight the best qualities of the character. Aaron Eckhart is also really good in his supporting role as the First Officer on the plane. He and Hanks have a good dynamic, and Eckhart never tries to steal the spotlight from Hanks. He works great as a supporting actor. Eastwood chose a great story to tell surrounding this event, by focusing on the corporate investigation into the crash. The message about the importance of human life was a profound one, and was the pinnacle point of the film for me. However, Eastwood's decision to tell the film in a non-linear fashion didn't work for me, and I think the movie would have been better serviced had it been told linearly. But in the end, Sully may not end up being one of my favorites of the year, but does work to be an effective biopic with good performances and a great message about humanity. 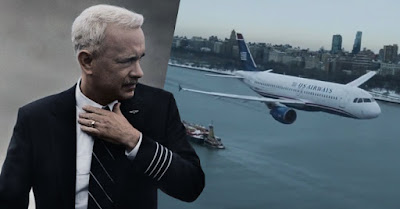 What do you think? Have you seen Sully? Did you like the film? Leave your (spoiler-free) thoughts in the comments section below.