The Light Between Oceans SPOILER-FREE Review 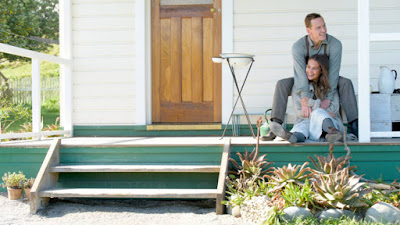 The Light Between Oceans is a film I've had mixed feelings about for a while. On one hand, it looked and felt a lot like a sh*tty Nicholas Sparks film. From the touching heads-style poster to the failed soap opera-type title, it just reeked of Sparks stink. However, it stars Michael Fassbender and Alicia Vikander, who are two of the best names in the industry right now. In the recent months, I've actually been really excited for this movie. I mean, it is Fassbender and Vikander! This could be the unofficial kick-off to the Oscar season, and I for one was excited for it to start. But once the film hit theaters, I began to hear mixed things. The critic's score on Rotten Tomatoes was very much in the middle. A favorite reviewer of mine absolutely detested the film, while my good friend absolutely loved it. So I went in not sure exactly what I was going to think. Well, I think "mixed" is the word of the day, because that's exactly how I felt walking out of the theater. The Light Between Oceans is definitely not a Nicholas Sparks movie, but it doesn't quite reach the emotional depths that you want it to, or that it thinks that is does.

Tom (Fassbender) is a World War I veteran who returns seeking only solitude. He takes a job running a lighthouse, which demands absolute isolation. However, upon taking the job, he falls in love with Isabel (Vikander), a girl from the closest town. Together, they move to the lighthouse to start a new life together. But a whole load of complications come about when an abandoned baby washes up on shore and they decide to keep it as their own. 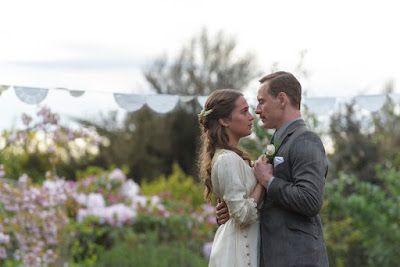 The hands down, single best part of this movie is the cinematography. If for nothing else, see this film for that. It will be a travesty if Adam Arkapaw doesn't end up being nominated for Best Cinematography this year. This film is gorgeous to look at. The use of colors, the wide shots, the composition-- it's marvelous, and is spectacular to watch. I can't praise the cinematography enough. I also found the story itself to be really interesting. It had all the makings to be a fascinating drama. And I think it could have been done a lot better. I never read the novel, so I don't know exactly how close of an adaptation this is, but there were a lot of good pieces and elements scattered throughout this movie that could have been tweaked and reworked a bit to make a truly masterful film. Maybe we'll see that movie someday.

I have several negatives. What drew me to this movie initially were the actors, so I had very high hopes for the performances, and I was ultimately let down. Fassbender mailed it in. He's good in a few select scenes, but overall he really did just mail it in. And that was very disappointing, considering he's one of my favorite actors right now. Vikander definitely gave us more, but I had a real issue with her character in the film that ultimately falls on her performance. Without giving too many details, Isabel has an opinion about something that the film clearly stands behind as being right. But the way it's written and the way Vikander plays the role... you begin to root against her and really think of her as just a bitch. I could see and understand her point of view, but if the movie is going to stand behind the fact that she is right, then they needed to make me feel she is right, and agree with her. And they just didn't do that. Part of that is the writing, part of that is the direction, but a big part of that is also Vikander's performance. 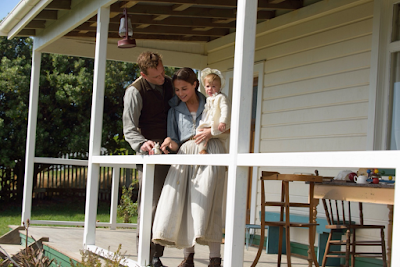 When you go back and watch another film by director Derek Cianfrance, The Place Beyond the Pines, you see how effective the decision is to tell the story over a very long period of time, and jump around, focusing on certain parts of these people's lives. Because that's what you're viewing: a person's life rather than a story. For Pines, it works tremendously. Cianfrance tries to do that for Oceans, and it doesn't work nearly as well. Instead, it makes the film feel rather disjointed, and you have no real understanding of time. You have to guess how much time has passed, and that began to get really frustrating. But with this style of jumping around a timeline, the film picked and chose what to gloss over and what to spend time on. And they made some really wrong decisions. There were parts of this movie that were done in two minutes that should have been fifteen minutes, and parts that were fifteen minutes that should have been two minutes. There were parts skipped over that could have added so much depth and power to this film, and parts that they spent so much time on that didn't really add anything to the overall movie.

Overall, The Light Between Oceans is a disappointing movie. The cinematography is absolutely incredible, and will definitely earn itself an Oscar nomination. And I liked the story they were trying to tell. I just don't think they necessarily did the best job telling it. Derek Cianfrance tries to jump around time like he did with The Place Beyond the Pines, but it is not nearly as effective with Oceans. Instead, we get a disjointed film with no real sense of time, and a real confusion on what the focus of the film actually is. The performances are the biggest disappointment, however. Fassbender mails it in for most of the movie, and while Vikander is pretty good in the overall film, she fails at convincing the audience of a very key, integral part of the movie that causes the film to collapse. This is definitely not a Nicholas Sparks film, but it's definitely not the Oscar-caliber romantic drama I thought we were going to get. Definitely see it for the cinematography, but nothing else is really worth the money. 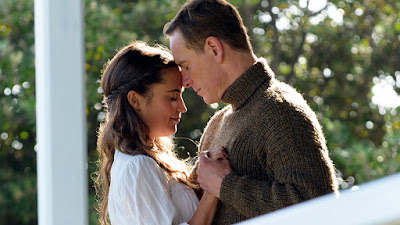 What do you think? Have you seen The Light Between Oceans? Did you like the film? Leave your thoughts in the comments section below.