War for the Planet of the Apes- Official Synopsis Revealed 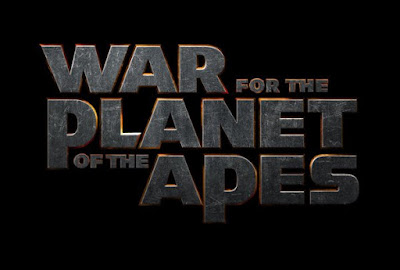 The revitalization of the Planet of the Apes franchise has really been fantastic. Rise of the Planet of the Apes was absolutely phenomenal-- a heartbreaking, emotional saga that honestly should have seen Andy Serkis earn an Oscar nomination. While I didn't like Dawn of the Planet of the Apes as much as I liked Rise, it was still a great movie that built upon the story. So naturally, I've been really excited to see the third installment. Awhile back, we learned that the title of the film would be War for the Planet of the Apes, which was exciting in of itself. We then learned that Woody Harrelson would be joining the film as the antagonist, which was also nice to hear. But other than that, we have heard nothing about this movie. A couple days ago, director Matt Reeves revealed that the film would be attending New York Comic Con, and it would debut its first footage there. But ahead of its NYCC appearance, the official synopsis for the film has dropped.

You can read the synopsis for yourself below:

"In War for the Planet of the Apes, the third chapter of the critically acclaimed blockbuster franchise, Caesar (Andy Serkis) and his apes are forced into a deadly conflict with an army of humans led by the ruthless Colonel (Woody Harrelson). After the apes suffer unimaginable losses, Caesar wrestles with his darker instincts and begins his own mythic quest to avenge his kind. As the journey finally brings them face to face, Caesar and the Colonel are pitted against each other in an epic battle that will determine the fate of both their species and the future of the planet. 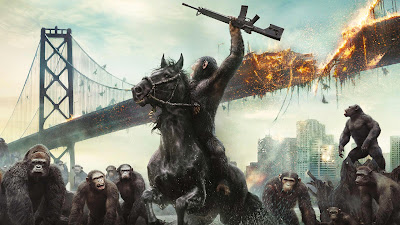 I like this synopsis, although it sounds very similar to Dawn. If you just take away Jason Clarke's character and make Koba a human, then you pretty much have Dawn. I'm sure there will be tons of differences in terms of how the story is told, but from the basic structure of the narrative, it feels very similar. What this movie has to do for me is really expand the scope of this series. While I liked Dawn a lot, one of my problems was that it never felt like it was heading for a planet of apes. It felt more like a county park of apes. I understand that the franchise is still escalating towards that ultimate end goal, but if this is truly going to be war for the planet, then we need to have this be the full planet. So if they are going to have the entire planet begin to be globalized by apes, then some time needs to pass in between Dawn and War. But who knows how they'll handle it? One other thing that stood out is that they said in the synopsis that this was the third film, but not the final film. I would love it if they made more than just a trilogy. They should make a second trilogy! Who says this franchise has to end with three? As long as Andy Serkis is still involved, I'm down. But it won't feel the same if he leaves the franchise.