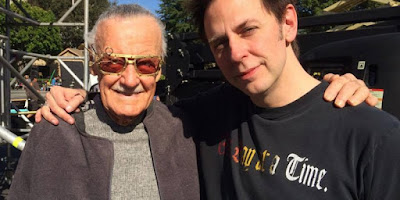 I think it's safe to say that one of fans' favorite parts of any upcoming Marvel movie is seeing the Stan Lee cameo. Not every cameo scene is a home-run, but it just warms my heart every time he pops up on screen. I talked about it a bit when they announced that an spy, action/adventure movie was being made about Stan Lee (you can read more about that here), but Lee was my childhood idol. I adore the man, and I am very excited to finally be able to get his autograph at Rhode Island Comic Con in a couple weeks, his last New England convention appearance. But when the news came out a few weeks ago that Lee had filmed four cameos all at once, it was relieving to hear. I don't like to think about it, but Lee is 93 years old. It makes sense to stockpile a bunch of cameos and have them ready in the can.

But there has been an interesting development with this story now. It's been confirmed that Guardians of the Galaxy Vol. 2 director James Gunn was the one who wrote and directed Lee's cameos. This makes me even more excited to see these scenes. While Lee's cameo in Guardians of the Galaxy wasn't the best one he's ever done, Gunn is such an innovative writer and comedic talent that I think he wrote some really great stuff for Lee. My guess is that Lee bagged cameos for Doctor Strange, Guardians of the Galaxy Vol. 2, Spider-Man: Homecoming, and Thor: Ragnarok. And I have high hopes that Gunn has given us some very memorable scenes of Lee. I just hope they get Lee back in front of the green screen again soon, because they should film all of his cameos all the way through the 2020-scheduled Marvel movies. Take a few days and get them all done so that we don't have to worry if (knock on wood) something were to happen to Stan Lee. 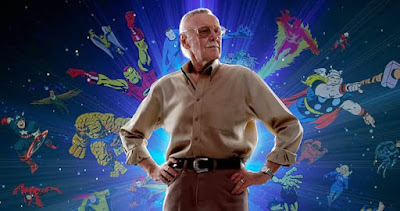 What do you think? Are you glad that James Gunn was the one who wrote and directed the next four Stan Lee cameos? Which is your favorite of his cameos? What four movies do you think the cameos are for? Leave your thoughts in the comments section below.