Logan is a movie I have become really excited for as of late. Just a few weeks ago, we learned the movie's name, as well as got our first teaser poster for the film (you can read more about that here). I love the title Logan because it feels so personal. Just from the title, we could surmise that this wasn't going to be another giant blockbuster action movie with Wolverine fighting a bunch of bad guys. This was going to be about the man, Logan, and his struggles. And that really excites me. This has the potential to be a true character piece, and be a film of maturity that the X-Men franchise hasn't really had yet. I mean, their films have had very mature themes and moments, but it feels like Logan could be the most of them all, especially with its R-rating. So with all that excitement gained from just a title, I have been very anxious to see the trailer, which dropped online today.

I loved this trailer. It's funny, because fans have called out, criticizing comic book movies for being dark and brooding, and yet that's exactly what this trailer is, and fans have gone nuts for it. It really captures the maturity I was talking about before, because until the claws pop out at the very end of the trailer, you wouldn't even know this was a comic book film. You could've just told me it was a new film starring Hugh Jackman and Patrick Stewart. The performances look incredible. I haven't seen this level of personal acting in a comic book film ever. I haven't even seen the film yet, but I'm already starting my campaign for Patrick Stewart for Best Supporting Actor. The trailer is visually stunning, with beautiful choreography. And the Johnny Cash cover of the Nine Inch Nails song "Hurt" works perfectly with the personal nature of the trailer. I think one of my favorite moments in the trailer was the scene with Logan, Professor X and (presumably) X-23 sitting around a dinner table laughing. It's a moment that we haven't seen really in any X-Men film, let alone with Wolverine. And I feel it's going to be a very powerful moment, that defines the death of someone very important in this film. Could it be Professor X, or could it even be Logan? We'll have to wait and see the movie to find out, but I really loved this trailer. 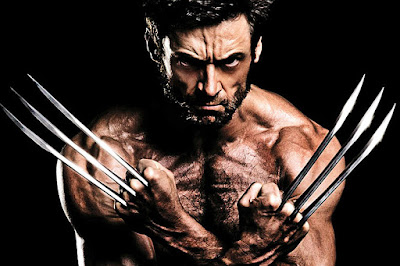 What do you think? Did you like the trailer for Logan? Are you looking forward to seeing the film? Leave your thoughts in the comments section below.