Anyone who's read this site for a while knows I'm not the biggest fan of M. Night Shyamalan. He made an absolutely brilliant film in The Sixth Sense, which goes down as one of my favorite movies. I have to give credit where credit is due, and he knocked it out of the park with that one. Unbreakable was good but not great, and every film of his after has just been awful. A lot of people got excited by Shyamalan's supposed return with The Visit, but I didn't exactly care for that movie. It showed some promise that maybe Shyamalan could make a comeback, but I didn't think that The Visit was necessarily his comeback movie. So when the first trailer for his new film, Split, dropped I was, no pun intended, split on it. While I think visually and technically it was definitely a step in the right direction, I found a lot of the dialogue to be laughable. Plus, the fact that the movie was set to come out in January didn't really give me much faith in the project. So Split has been a film that I've kind of dismissed, and after seeing the second trailer just recently released, I think I was wrong to dismiss this film the way I did.

I am officially on board with this movie now. This second trailer captured the creepiness and the suspense that I wanted from the first one. This time around, I had no problems with the dialogue, and I was really immersed in this world. James McAvoy is one of my favorite actors working today, so I was initially intrigued with the prospect of Split simply because of McAvoy. But in the first trailer, his performance didn't really strike me the way I wanted it to. However, I now feel his talent has truly been realized. Seeing him embody the different personas was fascinating to see in a two minute trailer, and I really hope that aspect becomes the focus of the film, because that's really the most appealing part of this movie. If Shyamalan doesn't give that character the proper screen time, and makes the focus of the film the girls, then I'm going to be upset. But ultimately, I feel this trailer was a major step in the right direction, and I have hopes now that Shyamalan may finally give us a good movie again! 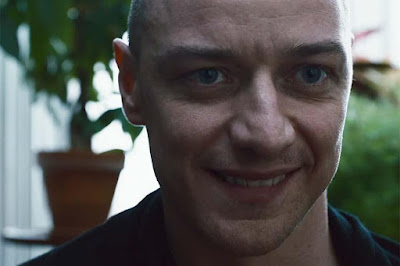