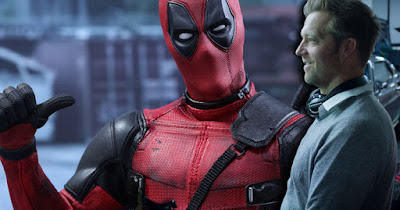 It wasn't too long ago that Deadpool director Tim Miller left the sequel due to "creative differences", which you can read about in our initial report here. Since then, a lot of information has come out not just about what happened behind the scenes during pre-production on Deadpool 2, but also what happened during the first movie. Apparently, things were really rough during the production of Deadpool. Lots of people were arguing and fighting, and Miller and producer/star Ryan Reynolds didn't necessarily agree on everything. After hearing all of that, it's no wonder why Miller didn't want to go through it all again with making a second one. But despite all the sh*t going on behind the scenes, they made a fantastic movie in Deadpool, so maybe the friction and conflict was healthy, and worked for the betterment of the movie. So the resounding question has been who will take Miller's place in directing Deadpool 2, because the property requires a certain skill-set. You need someone who can give a compelling narrative and awesome action, but also understands the ridiculousness of the character, and is not wanting to compromise that. A lot rides on who they bring in the helm the project, and now, we may just know who it is.

It has been confirmed that John Wick co-director David Leitch will be directing Deadpool 2. Leitch's name has been thrown around a lot since Miller left, and it was reported a couple of weeks ago that he was the front-runner to man the project. So it makes sense that they've locked him and have now confirmed him. In terms of the action, Letich is going to absolutely nail it. What he helped bring to John Wick was incredible, and I think that kind of choreography and brutal action sequences will do nothing but enhance Deadpool 2. My one stipulation is that John Wick wasn't the funniest movie ever made. It was incredibly serious, so I haven't seen anything from Leitch that points to him being able to handle a comedic property like Deadpool. What I'm hoping happens is that Reynolds handles the comedy, and Leitch handles the action. If they can get that kind of relationship going as director and producer, then I think this movie could really work. I would have rather have seen them go with a director who could better handle the comedy aspects of Deadpool, but I do think Leitch is a fine choice, and I'm excited to see where he takes this property. 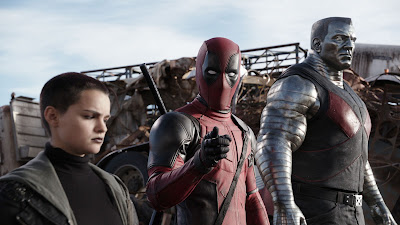 What do you think? Are you glad that David Leitch is directing Deadpool 2? Would you rather have seen them go with someone else? Are you looking forward to seeing the film? Leave your thoughts in the comments section below.