Don't Breathe: Writer/Director Fede Alvarez Has Plans for a Sequel 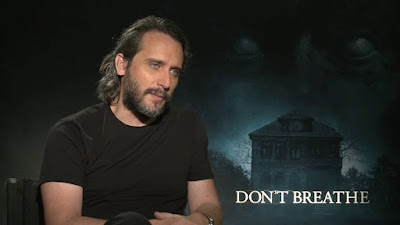 Don't Breathe is a film that took a lot of people by surprise this year. I didn't love it as much as everyone else did, but I certainly appreciated its carefully crafted narrative and its slow but gripping suspense. You can read our review for the movie here. Without going into spoilers, the ending of the film doesn't exactly lend itself for a sequel. I mean, you could force a sequel out of it, but it feels very self-contained and a lot more natural as a one-off. And personally, that's how I felt it should stay. Even writer/director Fede Alvarez felt that way, saying after the movie's release that he had no plans to do a sequel, nor did he think he would ever want to. But there's no denying that the studio would want to make a sequel. On a budget of $10 million, Don't Breathe made over $150 million worldwide. That's incredible! So of course the studio would want to make more. But Alvarez was adamant that he didn't have another story to tell. And with the recent news that he would be helming the sequel to The Girl With the Dragon Tattoo, it seemed like nothing would be happening with Don't Breathe.

However, in a recent interview with Alvarez and Don't Breathe producer, Sam Raimi, Alvarez made some interesting comments that pointed towards his actually wanting to do a sequel. You can read his statement below:

"Right now, yeah, Don't Breathe 2 is something we definitely want to do. The challenge is obvious-- we just don't want to do the same movie again, slap a "2" on it. We'll feel so embarrassed if we do that. Our first reaction when they told us, 'Do you want to do it?" was like, 'No, no, no, no, no, no, no, no. That's Hollywood! That's the devil! We don't want to make a sequel just because we can.' But then we got an idea that we're really excited about, and I won't tell you what it is because it will spoil the whole thing." 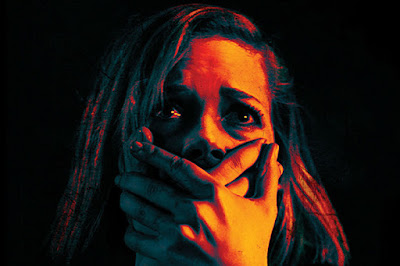 Like I said before, I don't think Don't Breathe needs a sequel, nor do I necessarily want one. But if Alvarez is saying he has an idea that is making him this excited, then I definitely want to see it. He comes across as a very honest man to me. I like how he led with how adamant he was against people selling out and making sequels just for profit, because it makes the fact that he is wanting to do a sequel now so much more intriguing. While Don't Breathe wasn't my favorite movie, no one can deny the hard work and originality Alvarez put into it. I am definitely keeping my eye on this man, and I am fascinated with what he would do with a sequel. I'm also dying to know what his idea is. I can think of a very run-of-the-mill sequel that would honestly be a disappointment, but it seems like Alvarez has an entirely different and far more original idea, and I'm incredibly curious to see it realized on the big screen.

What do you think? Do you like Fede Alvarez's statement? Do you want to see a Don't Breathe 2? Did you like the first one? Leave your thoughts in the comments section below.