Harley Quinn Movie to Include the Birds of Prey 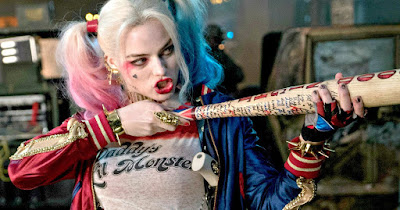 Shortly after Suicide Squad was released, news broke that DC was working on making a Harley Quinn spin-off film, with Margot Robbie starring and producing. At the time, we didn't know necessarily what the film would be about, or what kind of style it would be. I know a lot of people, including myself, were hoping for a Bonnie and Clyde type film with Harley and the Joker (Jared Leto). Their dynamic was one of the most underused parts of Suicide Squad, and it has such a rich history for the movies to mine. But since the initial announcement, we have had no recent news on the property. I had completely forgotten about it, and thought it was probably on the shelf or scrapped. However, new reports have come out about the Harley Quinn film, stating that it will feature the Birds of Prey as well, and make for more of a female ensemble movie.

For the uninitiated, the Birds of Prey is kind of an all-female Suicide Squad. They're a group of badass women, most of whom don't have superpowers, who fight crime. When you throw around the name Birds of Prey, you usually associate with it characters like Batgirl, Black Canary, Huntress and sometimes even Catwoman and Poison Ivy. What will be interesting to see is which characters make the cut. I think Black Canary and Huntress are definites. I don't have any doubts we'll see them, and the inclusion of Black Canary could make for a great segway into a cinematic incarnation of Green Arrow. I think Batgirl is integral and needed for the team, but I don't know if they'll necessarily have her. We don't know the full extent of Batman's (Ben Affleck) sidekicks in this new DC Cinematic Universe, so I think we'll have to wait and see what kind of precedent is set with a Robin or a Nightwing in future films. But perhaps the Oracle is someone we could see instead of a straight up Batgirl. I think Catwoman and Poison Ivy also become real possibilities, especially in not just expanding Batman's rogue's gallery, but his female villains as well. I think if you get five or six women, including Harley (and tell the story from her perspective), throw in the Joker for a small role and Batman in for cameo a la Suicide Squad, then I think you have all the makings for a really compelling and different kind of movie. 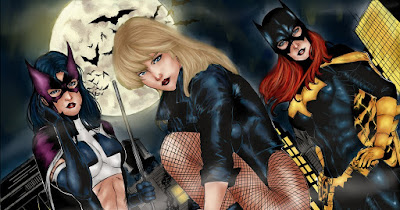 What do you think? Do you want to see the Harley Quinn spin-off film turn into a Birds of Prey movie? Would you rather them have made a straight Harley and Joker movie? Which characters do you think will be included in the film? Leave your thoughts in the comments section below.