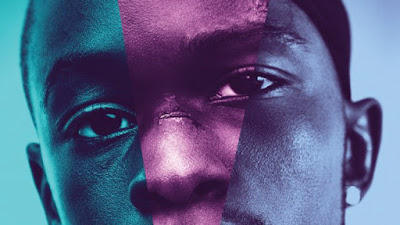 Moonlight is a film I've been wanting to see for a while now. Everyone who's seen it has been raving nonstop that it's one of the best of the year, and that it's a masterpiece of a movie. When people talk like that, it's bound to get my hopes up. I walked into Moonlight expecting to walk out with it in my top three favorite movies of the year. That may have been a little presumptuous on my part, but from what everyone was saying, what was I supposed to think? So I went into Moonlight with very high expectations, and while I was disappointed in that respect, I appreciated a lot of the things Moonlight accomplishes. While I wouldn't put it in the top of my list of my favorite movies of the year, it does has incredible performances, a very interesting story structure and great cinematography.

The movie follows one kid, Chiron, through three stages of his life: when he was a kid, when he was a teenager, and when he was an adult. Through these three stages, we see the people who have impacted him, the choices he has made, and what ultimately leads up to him becoming the man he is by the end. 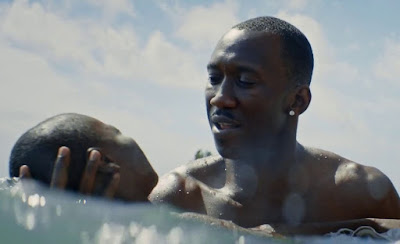 The biggest strength of Moonlight is the performances. Three actors play Chiron at three different stages of his life, with Alex R. Hibbert playing him as a kid, Ashton Sanders playing him as a teenager, and Trevante Rhodes playing him as an adult. I thought all three did fantastic jobs playing the same character, especially when director Barry Jenkins wouldn't let the three actors ever meet the other, as to prompt them to take the character in their own, unique direction. It really works on screen, as the writing for the character is the same, but each actor brings a new shade and a new element to the character as he grows older and progresses. It's something that's not easy to do, especially with it really being the crux of the film. I think Hibbert, Sanders and Rhodes did fantastic jobs performing, and Jenkins did a great job directing them to keep the character consistent. Although, I think Mahershala Ali was my favorite part of the movie. I loved him on Luke Cage, and I've been wanting to see more from him, and here he brought it. He plays an important role in Chiron's life. My only problem was that it was a lot briefer of a role than I had thought, so we don't end up getting a lot of Ali in this movie, but what we do get from him is incredible.

A story narrative like this is incredibly tricky to do. It doesn't have one resounding story, but rather three snapshots of a person's life. The only way to make a story like this truly compelling is to have our main character be compelling himself, and that's even harder to do with child actors. But Moonlight succeeds in doing this. I would've liked to have seen the movie have more meat to it, but it held my interest for the full two hours. So I give full credit to what Jenkins was able to in creating the story structure with the screenplay, and then bringing it to life effectively on screen. I also liked that the film brought up Chiron's sexuality without making it the focus of the movie. It was simply a part of him that yes, was dealt with from time to time, but it never became the overwhelming focus of the film. And when it was brought up, it fit organically into the film. It was just a part of his identity, who he was, and I think that is an element that writers need to take away in portraying LGBTQ characters. 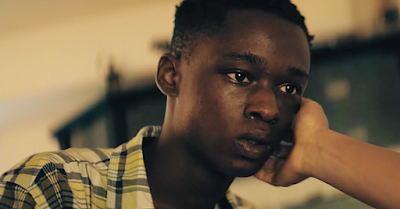 Like I mentioned before, there wasn't enough meat to the film for me. It's an interesting story structure with fantastic performances and great cinematography, but it doesn't have much of an actual story. I would have liked to have seen more connectivity between each of the three segments. I also think it could have benefited from a more traditional story weaving in and out of these segments. I know that Jenkins was going for a more realistic depiction of a person's life, which wouldn't have that consistent story, but I think this movie needed it in order to keep the audience engaged. I know others will disagree with me and say that this is a perfect film just the way it is, but I would have liked to have seen it have a little more fluidity in its narrative.

Overall, Moonlight has a lot of great elements to it. The performances are incredible, from the three actors who played Chiron and especially from Mahershala Ali. The direction is also very effective, in keeping the character consistent throughout all three stages of life. The story structure was a very tricky thing to pull off, and I think director Barry Jenkins did a great job in making it work. However, I would have liked to have seen a more thorough narrative connecting the sequences, and a little more meat to it than what we got. The cinematography is great, and the score perfectly blends into the background. I also really appreciated the subtlety used in handling Chiron's sexuality, and I thought it was a noteworthy way of depicting LGBTQ characters on screen. In the end, Moonlight doesn't end up in my top films of the year like I thought it would, but I definitely appreciate it for what it is. Maybe I'll like it more when I see it without my tremendous expectations. Perhaps lower your expectations a bit before seeing it, but it's definitely worth seeing for its performances, storytelling and cinematography. 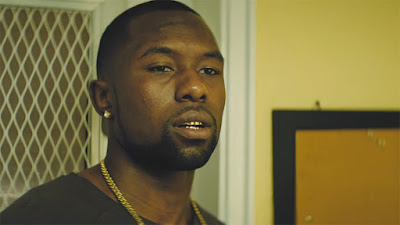 What do you think? Have you seen Moonlight? Did you like the film? Leave your (spoiler-free) thoughts in the comments section below.