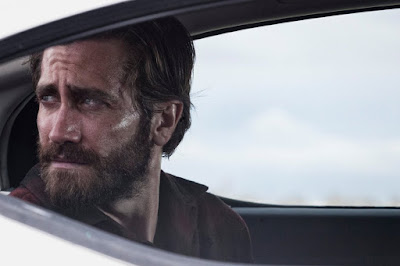 Going into Nocturnal Animals, I knew practically nothing about the film. I had purposely stayed away from any of the trailers, because I wanted the movie to be a blank slate for me. I was drawn in by the cast, and that's what got my attention. I didn't even know the basic plot of the film I until I saw Amy Adams promoting the movie on The Late Show With Stephen Colbert. So I was very much looking forward to seeing the film. Jake Gyllenhaal is one of my favorite actors working today, and I love him in pretty much everything he does. Amy Adams is also great, and Michael Shannon is a fantastic supporting actor. So I went into this movie, while knowing very little about it, with tremendous expectations, and ultimately I was let down. Nocturnal Animals is a complex movie, but it's various storylines and interconnections don't necessarily pay off in making it as smart of a movie as the film would like to believe it is.

While struggling through a loveless marriage, Susan (Adams) gets a manuscript in the mail, sent to her by her first husband, Edward (Gyllenhaal). As she begins to read the novel, she's haunted by its events and the parallels to her previous life with Edward. 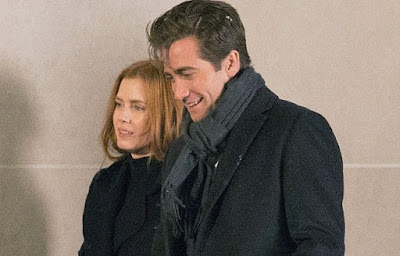 Jake Gyllenhaal is the beating heart of this film. He turns in a great performance. I wouldn't necessarily classify it as one of his best or anything like that, but it was leagues ahead of what anyone else in the film delivers. It just proved to me that Gyllenhaal doesn't mail in performances. He always gives 100%, and Nocturnal Animals is just another example of that. Michael Shannon is also great. He has some excellent comedic moments in this film that he plays so straight that it perfectly enhances the lines. I love seeing him pop up in movies, and especially after seeing his disappointingly small role in Loving (read our review here), it was nice to see him have a larger and more lengthy part with a lot more meat to it. I was also very surprised by Aaron Taylor-Johnson's performance. I haven't necessarily liked him in the things I've seen him in. He was incredibly bland in movies like Avengers: Age of Ultron and Godzilla. However, with this film, Taylor-Johnson gave an unsettling and multi-faceted performance unlike anything I've seen from him before. It was a nice treat to see him shine like this on screen.

I give this movie a lot of credit for its ambition. It tries to interweave three different storylines, into one cohesive narrative, and while it didn't quite work for me, I appreciated their attempt. Only one of the stories was truly captivating to me, and that was the one with Gyllenhaal and Shannon. I was on the edge of my seat with that storyline, wondering what was going to happen next. And the performances were so good in that storyline, adding to the compulsion of the narrative. However, I didn't find the other two stories nearly as fascinating. They were fine, but I was just waiting for them to end so that we could find out what happens next to Gyllenhaal. I wish all the storylines had the drive and the intensity of this one, and it's kind of a shame that they don't. I think this movie would have been a far more impacting film had the other storylines been of the same quality. 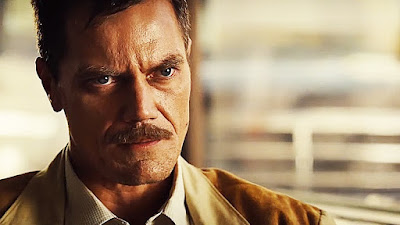 Correlating with the other two storylines is the use of Amy Adams character, and I didn't think she was utilized right. She relegated to reading a book for most of the movie, and her acting abilities are wasted. There wasn't a lot of meat to her character. We find out a lot about her past, but none of it really requires a lot from Adams performance-wise, and ultimately, I didn't find her character overly compelling. There were also a lot of strange, eccentric parts of the movie that reminded me a lot of a Nicolas Winding Refn movie, however I found these elements more distracting rather than adding anything artistically. Especially the opening credits. It's shocking and unexpected, and it's unnecessary. I wouldn't have minded it had it had some relation to the story, but it meant nothing in the long run. There are a lot of small, little things throughout the film that fall into the same category that could've been taken out entirely, because they ultimately contributed nothing. I would like to see director Tom Ford utilize these more artistic elements in future films, but as long as he uses elements that have more meaning to the story, rather than just being there to be there.

Overall, Nocturnal Animals is a step down from what I was expecting. It tries to interweave three different storylines, however I only found one of them to be truly compelling. Jake Gyllenhaal carries the film with a vulnerable and raw performance, which ultimately makes the movie. Michael Shannon has a great supporting role that adds some occasional, well-used moments of levity. And Aaron Taylor-Johnson gave a surprising performance, showing a different side of him than we've seen before. However, Amy Adams was incredibly underutilized, and I didn't find her character overly compelling. Tom Ford also tries to add a lot of eccentricities with artistic elements, but a lot of them are unnecessary and should have been cut, as they didn't add anything to the actual movie. In the end, Noctural Animals is one that I would probably gain a better appreciation of if I watched again, however, on only one viewing, I found it to be a bit of a disappointment. It's good, but not the fantastic, mind-blowing movie I was expecting. 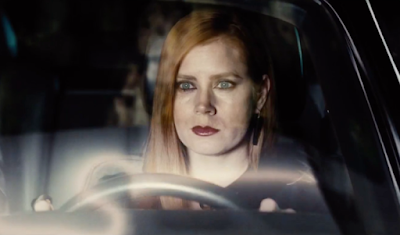 What do you think? Have you seen Nocturnal Animals? Did you like the film? Leave your (spoiler-free) thoughts in the comments section below.