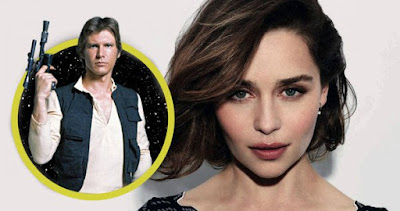 With Rogue One: A Star Wars Story coming out in December and Star Wars Episode VIII coming out the following year, not much attention has been paid to the Han Solo spin-off film, currently set for a May 2018 release. We know that Alden Ehrenreich will be playing everyone's favorite smuggler, and Donald Glover will be playing Lando Calrissian, with Phil Lord and Chris Miller directing. Other than that, we know virtually nothing about this movie. Many people have different speculations as to what may occur, what may happen. But no one knows for sure what this film will entail, except for probably Lord and Miller. The one piece of casting news we have been waiting for has been the female lead. For months now, we've heard how they've been auditioning women, mainly non-white actresses. And I've been excited for that. Star Wars Episode VII: The Force Awakens delivered in giving us new characters that were diverse in their ethnicities, and had women in leading, powerful roles. Rogue One also continued that. So I was looking forward to seeing a non-white actress as the female lead, but it seems that is not the direction they decided to go in.

Game of Thrones actress Emilia Clarke has been cast in the Han Solo spin-off film, with her role remaining unknown. I don't know why they couldn't cast a non-white actress, especially if they were exclusively screen testing non-white actresses. But we don't know the full context. Maybe Clarke is playing young Leia or something, and she needed to be white. I don't know. In terms of talent, I'm not disappointed. I don't watch Game of Thrones, but from what I've heard she is an incredible actress. I'm not worried in the slightest about her giving a bad performance, whoever she may be playing. I'm just disappointed that Disney wasted this perfectly good opportunity to bring more diversity to the Star Wars universe. I guess I'll have to wait and see exactly who she's playing and what kind of role she has in the film before I make any further assertions. While it's likely she's the lead actress, there's nothing saying she actually is. Clarke could have a supporting role in the film, and they're still casting their non-white lead. Regardless of what ends up happening, Clarke is a tremendous talent, and I'm excited to see what she does in the film. 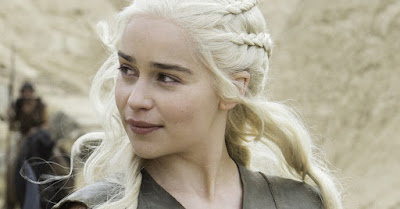 What do you think? Are you glad that Emilia Clarke has joined the Han Solo spin-off film? Do you wish they had cast a non-white actress instead? Are you looking forward to seeing the movie? Leave your thoughts in the comments section below.