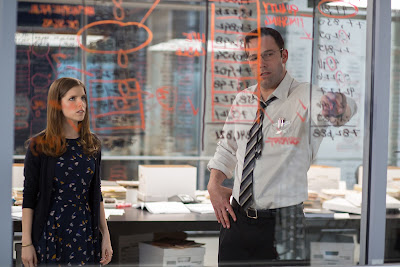 When The Accountant was first announced, my instant thought was that Ben Affleck was trying to rip off his buddy Matt Damon's two most popular films: Good Will Hunting and Jason Bourne. But as I watched the trailers for this film, I began to get really excited. Batman v. Superman: Dawn of Justice may not have been the best film, but Affleck crushed it as the Caped Crusader, and proved himself to be an excellent action star. So it was exciting to see that we would be getting to see Affleck as a deadly assassin later this year. From the trailers, I believed this movie would have a lot of fun with itself, and not be the most serious of films. But there was always something about it that seemed like it could have a deeper layer to it. Regardless, I have been really excited to check out this movie and I finally got a chance to see it the other day. The Accountant is a very different film from what I thought it would be, but that doesn't stop it from being a engaging and slow-burn thriller that delivers on some adrenaline-pumping action scenes.

Christian Wolff (Affleck) is a small time accountant who has a high functioning form of Autism. On the side, he works the books for some of the biggest crime cartels in the world, and is one of the most dangerous men alive. While working on a new case, a mystery comes about that puts not only his life at risk, but catches the innocent Dana (Anna Kendrick) in the crossfire. 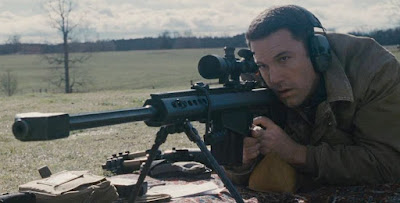 I liked this film a lot, although it's not the film I was expecting it to be. Based upon the trailers, I assumed we were getting a much more conventional movie. Not necessarily a light-hearted film, but a movie that didn't take itself overly seriously. You get the "accountant by day, assassin by night" kind of feel from the trailer, but that's not what this movie is really. The film is a lot more strategic, and is a very slow burn. It puts thing into motion and slowly builds, adding new layers and levels that make the overall film incredibly compelling to watch. It introduces ideas and then holds off on explaining them until much further into the movie. As much as the film follows Christian Wolff, you spend a lot of the movie wondering who exactly this man is, and trying to get into his head. It defies my original perception in another way in that it's not an overly action-oriented film. It spends more of its time developing its characters, and using its action sparingly. But when the action does go down, it's fantastic. The choreography is amazing, and Affleck especially delivers on giving us brutal and fun action scenes to watch unfold. The cinematography pairs excellently with the action, giving us some great pulse-pounding, fist-in-the-air sequences.

The performances across the board are really good. Affleck brings a lot of nuance to his character. There was a thin line to walk where you took his character from being a realistic portrayal of Autism to being an offensive cartoon, and I thought they walked it perfectly. I completely bought into his character, and Affleck's performance is a big reason why this movie was so engrossing for me. Anna Kendrick was good in her role as well. Her character isn't given a ton to do, but she added a sense of levity whenever she was on screen, and was a good balance to Affleck's character. The two had really good back-and-forth, utilizing a comedic goldmine in terms of her more silly nature and his ultra-serious composure. J.K. Simmons, Cynthia Addai-Robinson, Jon Bernthal, John Lithow were also good in their supporting roles. Simmons is an actor who I think embodies the perfect supporting actor. He never takes the spotlight away from the main star, but you always walk out thinking of him as one of the best parts of the film. While he didn't have many stand-out scenes, Simmons brought it in the few scenes he had to nail, and it worked excellently. 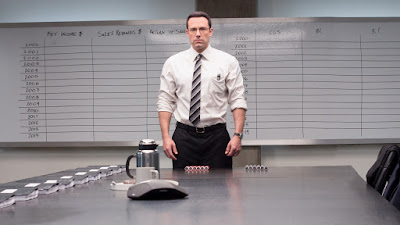 My problems with The Accountant mainly stem from the third act. The whole film is slowly reeling you in, hooking you in the bait and building you up for this thrilling conclusion. But the conclusion itself is rather dull and unsatisfying, compared to how engaging the other two acts were. It just wasn't at the level that the third act should have been, and I walked away not feeling the emotional satisfaction that I should have felt. The plot itself is kind of muddled, and could have been simplified more. They try to take it in different twists and turns, but it becomes a little bit too convoluted. It didn't detract from my overall enjoyment of the film, it just became a little bit unnecessary. They also needed one or two more action sequences. I said before that, while the action itself is fantastic, it's used sparingly. It works for most of the movie, but we needed one or two more action scenes thrown in there to spice the film up a bit.

Overall, The Accountant is a layered, more complicated film than I had previously thought it to be. It gives us a great non-linear storyline that captures your interest immediately and reels you in. The performances all around are really good, but Ben Affleck and Anna Kendrick are the ones who make you buy into this film so wholeheartedly. The action sequences are great when they appear, but are only sprinkled throughout the film. It's not a bad thing at all, but the movie needed one or two more big action scenes to round it out a bit. The plot itself does get a little bit muddled and could have benefited from some simplification. And the third act isn't as emotionally satisfying as it should have been. But in the end, none of that stops The Accountant from being a fun, slow-burn thriller that hooks you on a fascinating premise and gets you invested in its characters. I think this has a lot of potential for a franchise, and I hope we hear news on The Accountant 2 soon. 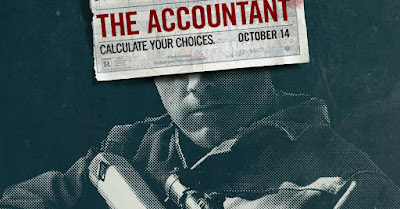 What do you think? Have you seen The Accountant? Did you like it? Leave your (spoiler-free) thoughts in the comments section below.