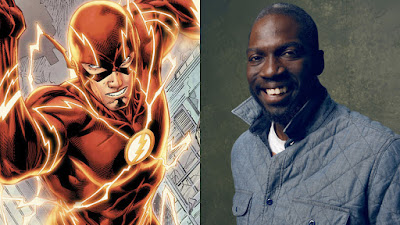 Coming out of our first teaser for Justice League, which debuted at San Diego Comic Con this year, one of the stand-outs was the portrayal of the Flash, played by Ezra Miller. With the DC Cinematic Universe having been criticized in the past for being too dark and too serious in tone, it was nice to see a sense of levity injected with the character. And ultimately, this made fans more excited to see the hero's stand-alone film, due in March of 2018. Already fans were interested in seeing this solo film, mainly because the Flash has become such a hit on TV, with the CW show with Grant Gustin in the role. The question has been how would the film differentiate itself from the popular television show, and based upon what we got with the Justice League teaser, there would be some small but substantial differences. The humor ultimately is what would stand this character apart in this universe. The interaction between Ben Affleck and Miller in the teaser was brilliant, and it's those kinds of dynamics that fans want to see more of in The Flash movie. For a long time now, the movie has had Dope director Rick Famuyiwa behind the camera. However, news has recently dropped that has shaken the production of The Flash a bit.

It has been confirmed that Famuyiwa has parted ways with The Flash, due to "creative differences". Right now, we don't know the true extent of these creative differences. It could be something we would perceive as more minor, or it could be a lot more troubling than we would originally want to imagine it being. I just saw Dope for the first time a couple of days ago, and while I liked it, I didn't love it. I would have been fascinated to see what Famuyiwa would have done with The Flash, but I wasn't 110% behind him being the director. So my sadness with him leaving the project doesn't have as much to do with not seeing his vision of the film, but more in what this means for the movie as a whole. Famuyiwa is the third director this film has gone through. Before, Phil Lord and Chris Miller were attached and then left to do the Han Solo spin-off film. Then, writer Seth Grahame-Smith was set to make his directorial debut with The Flash, but ultimately left the project. And now we've had and lost Famuyiwa. I am nervous about this film a bit. If they can get someone new on the project within the next couple weeks and it doesn't delay the film at all, then I'll be more confident in the movie. But if this film just sits in limbo for months before they can hire a new director, then my excitement level for this movie really does plummet. 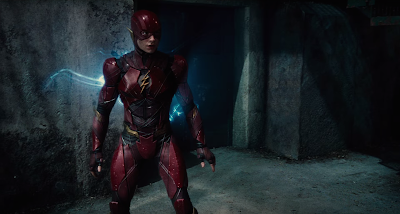 What do you think? Are you sad that Rick Famuyiwa has left The Flash? Did you like what he did with Dope? Does this change-up make you nervous for The Flash? Who do you think they should get to direct the film? Leave your thoughts in the comments section below.