While I rather liked Prometheus, many casual fans and die-hard fans of the Alien franchise were disappointed by it. Rather than being a direct prequel to Alien, it was very confusing as to what it actually was, and seemed to ask more questions than it answered. It also had very little to do with Alien, except for giving us some insight into what the Space Jockey was, and giving us the birth of the first Xenomorph. From what we've seen so far of the sequel, it looks like director Ridley Scott has listened to the fans. First of all, this one is called Alien: Covenant, so I'm guessing we're going to get some aliens. Plus, from all the images we've seen, it looks like it's going back to the horror roots of the original; more than just the creepy atmosphere that Prometheus instilled. While I'd rather see Neill Blomkamp do his Alien 5, everything is in place for Alien: Covenant to be the best Alien movie since 1986's Aliens. So I've been very excited to see what this new film will look like. And not only do we have our first trailer on Christmas Day, but it's a redband trailer!

This is an excellent teaser trailer. We don't even see the Alien, and it's perfect because it's establishing the atmosphere. What made Alien so brilliant was that, similar to Jaws, you never really see the monster. It's all about the atmosphere. Getting under your skin and creeping you out without showing you anything. And that's what this trailer hearkens back to. There is so much beautiful and horrifying imagery in this trailer, that you can't help but speculate what is actually going on. We still don't know anything about the actual plot. A criticism can be that this feels very redundant in terms of what has come before, but that's really a good thing. Alien worked, so why not go back to that? I'm sure this film will be completely different in terms of plot. We're not getting a remake or a reboot. There will be major differences, and there will be tie-ins to Prometheus. So look, I loved this trailer. I think it looks incredible, definitely going back to the core of Alien. And I, for one, am really excited to see what this new film brings. 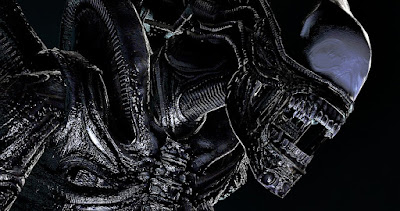 What do you think? Did you like the first redband trailer for Alien: Covenant? Are you looking forward to seeing the film? Leave your thoughts in the comments section below.