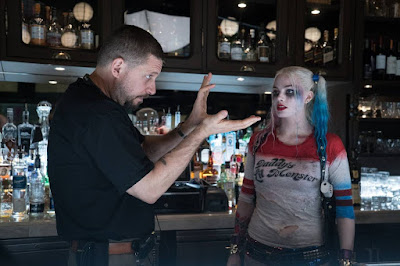 Despite its critical reception, Suicide Squad was a huge hit at the box office, turning the smaller scale film into a blockbuster success. I was among those who really did not like the film. I thought Suicide Squad was a mess of a movie, with most of the film simply angering me. But even I will agree that Margot Robbie as Harley Quinn was fantastic casting. And since Suicide Squad's box office success, Robbie has been attached to star in a spin-off of the character. We have since learned that the film will incorporate the Birds of Prey, which are essentially the female Suicide Squad. You can read more about that here. While Robbie was one of my favorite parts of Suicide Squad, I didn't really see a need for her to have a spin-off. If we were to have one, though, I wanted a Joker and Harley movie in the style of Bonnie and Clyde, because the two characters really complement each other, and that was one element of Suicide Squad I wanted to be expanded upon more. And while the Birds of Prey was an interesting idea, I cared more about seeing Batman and Superman movies than seeing DC delve off into this side universe. But it seems like DC is going full steam ahead with this project, as more big news concerning it has dropped.

Not only will the film officially be called Gotham City Sirens, but it will be helmed by Suicide Squad director David Ayer. First of all, Gotham City Sirens may be the title of a comic book, but it's a terrible title for a movie. I would have much rather have had Birds of Prey be the title, because I don't think anyone outside of the comic book world knows what the hell "Gotham City Sirens" is. Granted, they wouldn't know what the "Birds of Prey" are, but at least that's a lot more professional sounding. Also, I'm not excited to hear that Ayer is attached. If you told me this before I saw Suicide Squad, I would've been super excited. But I have seen Suicide Squad, and I hated it. I don't want Ayer involved with this universe anymore, and I really don't care about DC branching off a Suicide Squad side universe. I want to see The Batman. I want to see Aquaman. I want to see Man of Steel 2. Those are the films I really care about. DC has yet to earn my trust. I give them the benefit of the doubt with movies like The Batman and Aquaman because I love the characters and I so far like the talent behind it. But until DC puts out a universally loved movie, I don't think they have the ability to branch off and try riskier movies like Gotham City Sirens. This is not the time for a movie like this, I'm sorry to say. 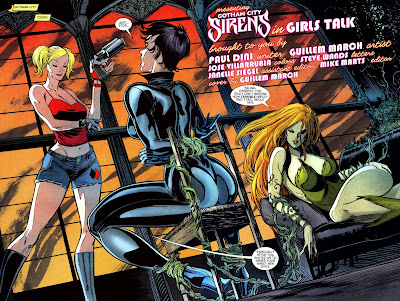 What do you think? Are you looking forward to seeing Gotham City Sirens? Do you like the title? Is this a smart move? Are you glad that David Ayer will be directing? Leave your thoughts in the comments section below.