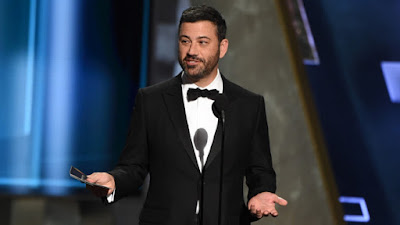 The Academy Awards is one of my favorite times of the year. Every year I make up a list of my predictions and make a bet with some of my friends. It's a long show, but it's very important for me to see, as I am so immersed in this world of film. The Oscars are really what push me to see more and more films every year, so that I've seen more of the movies being honored that night, and in turn are more well informed. But an integral part of the night is who will be hosting the ceremony. Sometimes, we get really good choices like Billy Crystal or Seth MacFarlane. Other times, it's not so good (looking right at you James Franco and Anne Hathaway). I thought Chris Rock did a really good job last year. He handled the "#OscarsSoWhite" controversy with grace, and made a very entertaining show. I had a few picks that I would've wanted to have seen. I think Dwayne Johnson is an excellent choice to host at some point, due to his charisma and charm. But now it seems that the Academy has chosen who will be hosting the Awards next year.

The Hollywood Reporter is breaking that late night host Jimmy Kimmel will be hosting the Academy Awards on February 26th, 2017. This is an interesting choice. He's done Awards shows before, specifically the Emmys. Plus, the Awards air on ABC, which is the station that Kimmel's late night show also airs. So it makes sense. However, style-wise, I think Kimmel would've been better suited for something like the Golden Globes, rather than the Oscars. I think he's going to do just fine, and he'll be very funny, but I prefer to see the Oscars hosted by someone who's actively involved in the industry. That's what made Chris Rock a good choice, because he's an actor who's involved in Hollywood movies, and Kimmel isn't really. It's not a terrible choice at all. He's going to do a really good job, and I look forward to seeing him host the show; it's just that Kimmel wasn't my first choice for the position. 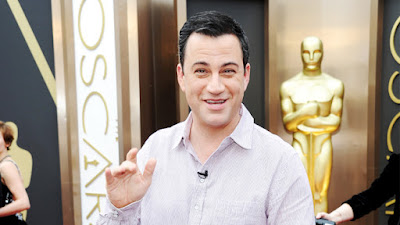 What do you think? Are you glad that Jimmy Kimmel will be hosting the 2017 Academy Awards? Is he a good choice? Would you rather have seen someone different? Leave your thoughts in the comments section below.