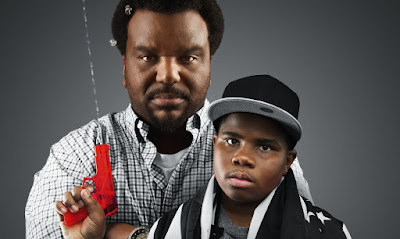 Morris from America is a film that I knew really nothing about, nor had any expectations for. It popped up on Amazon Prime, and I saw it starred Craig Robinson, who I really like. He was great as Daryl in The Office, and was hilarious in movies like This Is The End and Sausage Party. So I thought that it could be an interesting movie to watch at some point, but had no real interest in watching it immediately. But then I saw a review for the film online, which absolutely praised it as one of the best movies of the year. So I had to go see it at that point. I really liked Morris from America. I wouldn't necessarily classify it as one of my favorites of the year, but it's a really good movie. Morris from America is a really compelling and funny coming-of-age story, with a child actor great performance and a fantastic turn from Robinson.

Aspiring rapper Morris (Markees Christmas) and his father Curtis (Craig Robinson) have moved from America to Germany, and Morris is having a hard time fitting in. But when he meets a girl named Katrin (Lina Keller), everything changes. 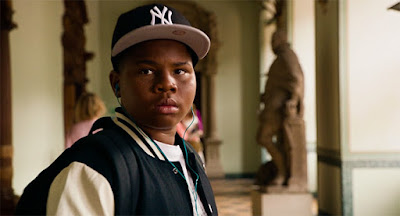 What drew me into this movie was just how damn likable Markees Christmas was as Morris. He brought a relatability and a charisma to the character that made him a perfect lead character. I wouldn't say this was my favorite child actor performance of the year, but Christmas did an excellent job carrying the film, especially since this was his big screen debut. But I thought Craig Robinson was the highlight of the movie. He was truly fantastic. He was a great anchor of the film, perfectly playing a father struggling to still connect with his aging son. A lot of Robinson's acting is subtle. He gives just a little indication of what he's thinking, and it goes a long way for inferring what's going on in his head. Robinson proves himself in this film to be more than just a comedic talent, but to also have some dramatic chops. I would love to see him explore that avenue more in his movies. Lina Keller and Carla Juri also have good supporting roles. They don't necessarily stand out in this movie at all, but they serve the story well enough. I also really liked how the music was used in this movie. Morris is an aspiring rapper, and you see rap music infused pretty seamlessly into the film. It doesn't ever really stand out, but works itself into the fabric of the movie.

I did think there were some pacing issues with the movie. It does tend to drag a bit in the middle, and I think that's mainly due to Robinson being in the film less and less, and the focus being more on Christmas. While I thought Christmas did a great job, Robinson brought a certain energy to the movie that really elevated it, and you could feel it when he was absent from the movie. The film starts out as if it's going to be a story about a father and his son, but then it pivots more towards being a coming-of-age story for Morris. Being in line with what I said before, I wish they had made more of the focus of the film on the relationship between Curtis and Morris, because that's what I found to be the most dynamic and interesting. I liked where they went and I appreciated this movie as a coming-of-age film, but I think it would've been stronger had it focused more on the father/son dynamic. I also thought that Curtis was rather liberal with what Morris could do, especially at the age of thirteen. It became kind of unrealistic at points. 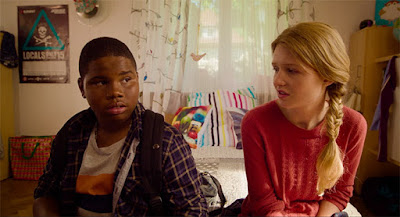 Overall, Morris from America is a funny and entertaining look at the ups and downs of moving to a new country and joining a new culture. It gives us a great film debut from Markees Christmas, who shines as Morris. He does an excellent job at giving us a multi-dimensional character in the form of a thirteen year old kid. Craig Robinson is the highlight of the movie for me, showing shades of having great dramatic chops. I believe him as a father trying to connect with his son, as well as struggling with being a single parent. We also get good supporting performances from Lina Keller and Carla Juri. However, the movie does drag in the middle a bit, mainly due to Craig Robinson not being as heavily featured. I found he truly enhanced the movie when he was on screen, and the fact that he wasn't in it as much throughout the middle led to it not being as dynamic as it had been before. I also wish the movie focused more on the relationship between Curtis and Morris, and less on the coming-of-age story of Morris. In the end, Morris from America is a really good movie. It's well crafted and well written, with really good performances by Craig Robinson and Markees Christmas. However, some of its structural and pacing issues keep from having the gut-punching power it should have. 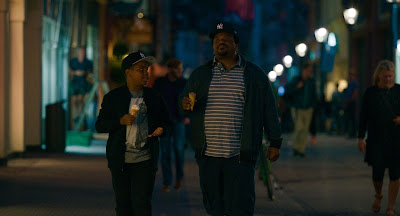 What do you think? Have you seen Morris from America? Did you like the film? Leave your (spoiler-free) thoughts in the comments section below.