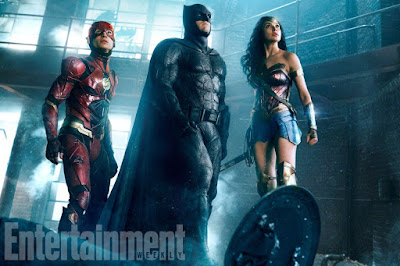 A new image from Justice League has dropped online, from a feature done in the latest issue of Entertainment Weekly. Everyone knows that I wasn't the biggest fan of Batman v. Superman: Dawn of Justice or Suicide Squad. But I still have an incredible amount of faith in Justice League. I will not be completely shocked if it's not the best thing in the world, but I'm rooting for it to be awesome. In this new image, we get a closer look at the Flash (Ezra Miller), Batman (Ben Affleck) and Wonder Woman (Gal Gadot). The more I see the Flash costume, the more I like it. It feels right out of the Injustice: Gods Among Us series. I do believe this is the best Batsuit we've ever seen on screen. It's absolutely incredible looking, and completely faithful to the comics. And Wonder Woman looks equally awesome! But the problem with Zack Snyder movies aren't their looks, but rather their stories. If nothing else, we'll get an incredible looking Justice League movie, but it needs to have a compelling narrative. I'm not positive yet we'll get that, since the story was the weakest part of Batman v. Superman. Like I said, I'm still holding out hope for the movie, but we won't truly know until it hits theaters next November. 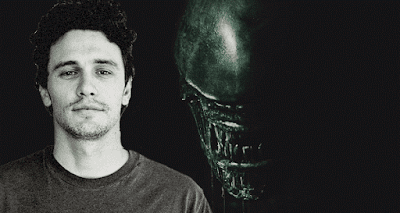 James Franco has officially confirmed rumors that he has a role in next year's Alien: Covenant. The rumors were thrown around a few weeks ago, but they haven't been confirmed until now. Franco has incredible range as an actor. He can be in a raunchy, flat-out comedy like Why Him? (you can read our review for the film here) and have an Academy Award nomination for 127 Hours. I've learned to stop underestimating Franco, because he is truly talented and a jack of all trades. He would not have been my first choice to be in Alien: Covenant, but I'm sure they have a great role for him that he'll fit perfectly for. What interests me about this is that Franco's comedy buddy Danny McBride is also in the film. I wonder if they'll interact at all, or if they'll be in complete separate parts of the movie. I'm not looking for a joke session between the two, but seeing them both on screen in a complete and total drama would be fascinating, especially after seeing the two in such ridiculous comedies in the past. So, in short, I'm very interested to see what kind of role Franco has in this movie. 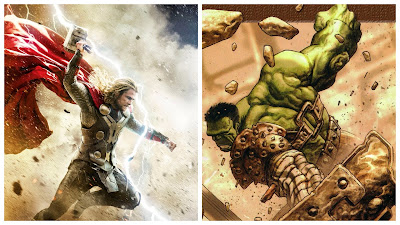 Thor: Ragnarok director Taika Waititi has confirmed that the planet from the Planet Hulk comic storyline, Sakaar, will in fact be in the upcoming Thor sequel. This is exciting news to hear. It's been confirmed for a while now that the Planet Hulk story will have some part in Ragnarok. We've seen some of the Hulk's armor that looks right out of the comic book. However, we didn't know to what extent it would be featured. The fact that Sakaar will actually be in the film gives me hope that they're not only adapting Planet Hulk faithfully (as it is my favorite Hulk comic), but that we'll also get a good amount of it in Ragnarok. I am incredibly excited to see how this adapts to the big screen, as well as how it fits in with Thor's story. I trust that Marvel can weave these storylines together in a natural and compelling way, making it so that both Thor fans and Hulk fans are equally satisfied. As a fan of both, I can't wait to see what they do with Thor: Ragnarok.