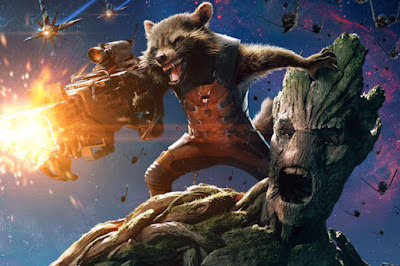 According to Vin Diesel (who voices Groot), if James Gunn gets his way, we'll be seeing a Rocket Raccoon and Groot spin-off film after Avengers: Infinity War. He also mentioned that at some point down the line, we will be seeing a fight between Groot and the Hulk. In terms of a Rocket/Groot spin-off, I think it could be really good. If it's done in the style of a Han Solo and Chewbacca kind of movie, then I think it will work well. It would have to be very self-contained and relatively low budget, in comparison to the other Marvel movies. A Rocket/Groot spin-off doesn't need a $200 million dollar budget. If in the right hands and done well, I think it could really work. As for a fight between Groot and the Hulk, I would be interested in seeing it. I don't know if it could sustain a full fight, because the Hulk can just rip apart Groot and he's finished. If we got another kind of Airport fight like in Captain America: Civil War, where a bunch of heroes were fighting each other and one of the showdowns was between Hulk and Groot; that I could see. But I don't think a full fledged fight, similar to the Hulk and the Hulkbuster in Avengers: Age of Ultron, would be compelling enough to be warranted. 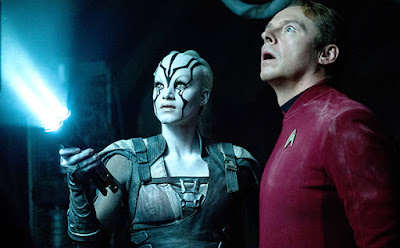 Simon Pegg, who has played Scotty in the rebooted Star Trek films, did a marvelous job writing this summer's Star Trek Beyond. It was fun and exciting, with a surprising amount of depth and emotion to it. And after Beyond's release, Paramount immediately began working on the fourth film. Now it seems that Pegg and his writing partner, Doug Jung, are helping to write Star Trek 4. Pegg posted a picture of him and Jung on Twitter, which you can see for yourself here. This seriously hints towards the project they're working on being Star Trek, mainly due to the Bad Robot figure on the desk, which is J.J. Abrams' production company, and he of course directed the first two films and produced the third. It's always possible that this isn't in reference to Star Trek 4, but I highly doubt it. If it is in fact for Star Trek 4, then I'm very excited that they'll be working on this movie. Like I said before, they turned in a really great script with Beyond, and I'm excited to see what they do with the next one, especially with the film centering around the return of Captain Kirk's father, played by Chris Hemsworth. 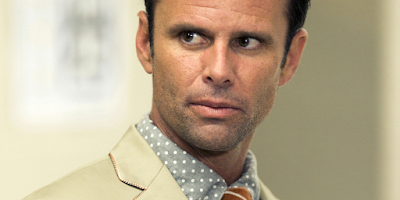 It has been confirmed that actor Walton Goggins will be playing the villain in the Alicia Vikander-led Tomb Raider reboot. This is cool to hear. I really liked Goggins in The Hateful Eight, as well as in Django Unchained. He is a really talented actor, and he can definitely play a slimy villain that you just absolutely hate. I think he'll add a lot to the movie, and could make for a very compelling villain. I'm just excited to see more casting news for this movie. We have heard nothing from this film since Vikander was cast, and I was getting a bit nervous. The movie is still a couple years away (it comes out in March of 2018), but we still have heard nothing in terms of casting or story. I was afraid they would push it back a little bit. So this is a relief to hear that someone new is joining the cast. It also is a testament to the kind of talent they're bringing on board for this movie. I think we're going to get a really star-studded cast to round out this movie, and I can't wait to see who else it is that joins.

Rogue One: What Are Kyber Crystals?, courtesy of
Collider Video

Everything Wrong With Finding Dory,
courtesy of CinemaSins