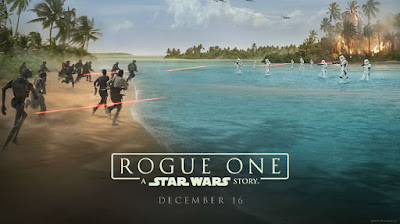 LucasFilm has officially confirmed that there will be not "Rogue Two", meaning there will be no sequel to Rogue One: A Star Wars Story. I don't know why anyone thought there would be a sequel. The sequel to Rogue One is Star Wars Episode IV: A New Hope. According to the reports that we've been hearing for over a year now, Rogue One ends ten minutes before A New Hope begins, so there's no real way for them to make a sequel. Even though we all knew that this wasn't going to happen, it's nice to hear LucasFilm say it. It shows that they have integrity, and that they're not going to be reactionary. If Rogue One makes two billion dollars at the box office, they're not going to greenlight a sequel when there's no need or real way to do it. They have a larger picture, and many more films that they plan on doing. So no, "Rogue Two" is not going to happen and there's no need at all for it, nor a real way to even do it. 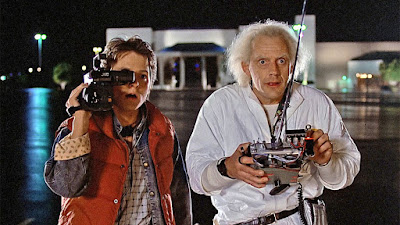 While promoting his new film Allied, director Robert Zemeckis once again stated that as long as he lives, there will not be a Back to the Future reboot. I'm glad to see that Zemeckis is so adamant about this, because I do not want to see this franchise rebooted anytime soon. It's a fantastic trilogy, and one of the best trilogies out there. I think I'm in the minority of Back to the Future Part II being my favorite of the three. They're fantastic movies, and they still hold up incredibly. Yes, now it's a little bit weird to see them travel to 2015, but you accept it and move on. We do live in an age where everything is being rebooted, but the Back to the Future trilogy is so beloved among so many people, that I think it would be a real mistake to reboot it now. Maybe twenty years down the line I'd be interested in seeing a new interpretation, but right now, the Back to the Future films are still great and still hold up, and I don't want to see them touched any time soon. 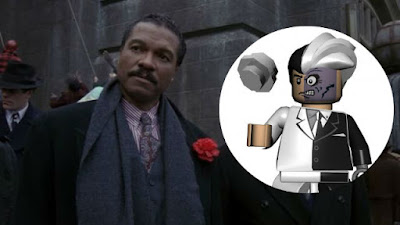 It has been confirmed that actor Billy Dee Williams will be voicing Harvey Dent/Two Face in The LEGO Batman Movie. I love this casting! Williams played Harvey Dent in Tim Burton's Batman film, but by the time they got around to turning Harvey Dent into Two Face, they brought in Tommy Lee Jones instead, and we all know how that turned out. I'm happy that Williams will finally get a chance to see the character through, even if it is in the form of an animated movie. But what this really shows for me is that The LEGO Batman Movie is paying homage to the films that have come before. It's going to have nods to the Ben Affleck version, to the Christian Bale version, and hopefully a few jokes about the Joel Schumacher films. This gets me a whole lot more interested in seeing this movie, if it really will be a tribute to the legacy of Batman movies. It also proves that this movie won't be just for kids, but an Easter Egg feast for all nerds alike. This is a really exciting idea, and I hope that this is actually what they're going for with The LEGO Batman Movie.

Star Wars: What to Know Before Seeing Rogue One,
courtesy of Collider Video

Top 10 Movies of 2016 Already Getting Oscar Buzz,
courtesy of WatchMojo