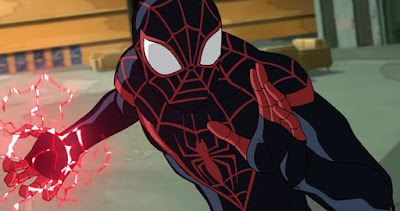 Back before they made the deal with Marvel to share the rights to Spider-Man, Sony had huge plans for a shared cinematic universe, revolving around their one character. Aside from the on-going Andrew Garfield The Amazing Spider-Man films, there was plans for a Sinister Six movie, a Black Cat movie, a Venom film, and at point, even an Aunt May movie. But there was also plans for a theatrically-released animated Spider-Man movie that wouldn't exactly share continuity with the live action films. When Marvel and Sony made their deal, all the extra projects were scrapped, except for the animated movie. Sony still had plans to make that movie. Probably about a year ago, we heard that Phil Lord and Chris Miller were set to direct, and not much was revealed outside of that. With Tom Holland being cast as the new Peter Parker/Spider-Man in Captain America: Civil War, there was talk that the animated film may revolve around the more recent incarnation of the Webslinger; that Miles Morales could take up the mantle in the animated movie, but it was all still conjecture at that point.

During a special Sony Animation presentation today, a few key details were revealed about the animated Spider-Man movie. Miles Morales was confirmed to be one under the mask in the movie, and new directors have been brought on. Lord and Miller will still produce the film, but Bob Persichetti and Peter Ramsey will direct instead. I haven't had nearly as much interest in this animated movie as I do in the live action movies. Spider-Man: Homecoming is my second most anticipated film of the year, and I am incredibly excited to see Holland continue what he did with the character in Civil War. But this animated movie does sound like it's going in a unique direction. I'm glad that they're trying to differentiate itself from the live action movies. There is a lot of pressure from fans for the live action movies to introduce Morales, which I think would be a mistake this early in the game. So giving Morales the animated film seems like a nice compromise for now. It is saddening to see that Lord and Miller won't direct anymore, and that does lessen my interest in the movie. But I think they could still do great work as producers. I really want to see them involved in the live action Spider-Man films. The chances of that definitely increase with them stepping down as directors, but I still don't think it's very likely. At this point, I'm interested in this animated Spider-Man movie, but it will take some trailers to really get me on board and excited for this film. 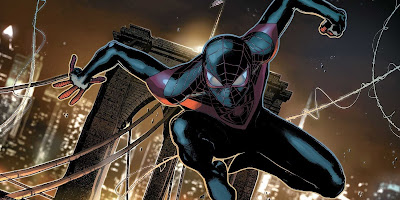 What do you think? Are you glad that this animated film will feature Miles Morales? What are your thoughts on Phil Lord and Chris Miller stepping down as directors and being replaced? Are you looking forward to seeing an animated Spider-Man movie? Leave your thoughts in the comments section below.