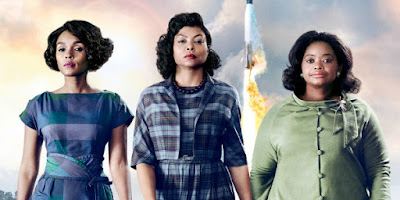 In a time as politically turmoiled as this, it makes me smile to hear that Hidden Figures, a film about three black women defying odds in the 1960's at NASA, was the highest grossing film for second week straight, through Martin Luther King Jr. Day weekend. That was a heartwarming thing to hear; that this story is what everyone wanted to see. Not the Golden Globe-winning La La Land. Not Rogue One: A Star Wars Story for the billionth time. Not even Monster Trucks, and that's a hard film to turn down. No, they wanted to see the movie about how three black women helped send a man into space. I myself was very excited to see this film. This is a part of history that not a lot of people know about, including myself, and yet absolutely need to know. So I walked into the theater hoping to get something that delivered a powerful message and gave us an entertaining movie as well. Hidden Figures works to show how these women defied both race and sex stigmas placed on them, while also giving us an excellently made movie that provides a fascinating look into a piece of history that not many people know about.

Katherine Goble (Taraji P. Henson) is a brilliant mathematician and physicist who worked as a computer at NASA during the 1960's. She receives an unprecedented promotion in order to help race the Russians in putting a man up in space. 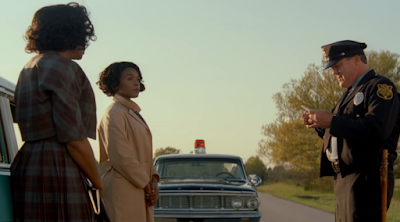 This is definitely a feel-good movie. It certainly tackles issues of racism and sexism head-on, but it doesn't combat it on as dark of a level as say 12 Years a Slave or The Birth of a Nation. It's held down by that innate darkness, but it's a film about overcoming those odds and difficulties in order to prove your self-worth. There are a couple moments where it does feel like it's hammering in its messages too hard, but for the most part, Hidden Figures allows the reality of what it's telling to send its own message, rather than forcing a message down the audience's throat. And that absolutely works best for this movie. Director Theodore Melfi does a great job making this film, and balancing all those different elements of the story. It works to elevate characters, while at the same time understanding the bigger picture of not just what these events meant for African Americans and the Glass Ceiling, but also for space research and exploration. It's an incredibly balanced film at Melfi's hands.

The performances are all really good. The main trio of Taraji P. Henson, Octavia Spencer and Janelle Monáe were excellent. They had fantastic chemistry, great back-and-forth, and really all worked well together. The movie does definitely focus on Henson, but Spencer and Monáe make for fantastic supporting characters. Once we're introduced to his part of the story, Kevin Costner absolutely shines. His arrogance and white privilege shows in the beginning, but he turns himself around to value Katherine as the remarkable human being she is, regardless of her gender or her skin color. Aside from the main characters, I think Costner gave the best performance. Jim Parsons and Kirsten Dunst also have roles in the film, but I'll get into them a little bit later. Ultimately, I found the main trio to be the strongest, with Costner delivering on an excellent supporting performance that really helped carry and humanize the film. 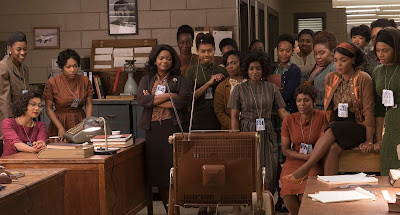 My negatives do include Jim Parsons and Kirsten Dunst. Parsons plays a rival mathematician, who was essentially a racist/sexist Sheldon Cooper from his television series, The Big Bang Theory. I really didn't see any distinction between the two characters. I really want to see him branch off in a new creative way, but here he seemed to just play a more contained version of the character he's been doing for years. It wasn't a bad performance; it just was the same thing he always does. The character starts off acting a certain way towards Katherine, and I thought there would be a more definitive arc for him, but it's not concretely resolved. I wish they had handled it differently. And while Kirsten Dunst was okay in her role, she was entirely disposable. Those two elements could've been done better. The movie did feel awfully long. It was two hours and seven minutes, but it felt more like two and a half hours. I don't know where from the film they could've trimmed from, but the movie should've been cut down a bit.

Overall, Hidden Figures is a very well made movie. It balances handling deep and dark themes of racism and sexism while maintaining its optimistic and upbeat nature. It occasionally is a little heavy-handed, but for the most part it lets the actions of its characters speak for itself. The direction by Theodore Melfi is excellent, making for an incredibly competent film. Taraji P. Henson, Octavia Spencer, Janelle Monáe and Kevin Costner all shine in this movie. Jim Parsons didn't do a lot to differentiate his character from his character on The Big Bang Theory, and didn't really have the satisfying arc he deserved. I also found Kirsten Dunst's character to be disposable. The movie itself is a little long, and could've been trimmed down. But in the end, Hidden Figures is a very important film that is done in an excellent way. It's compelling and intriguing, with great messages and powerful performances. 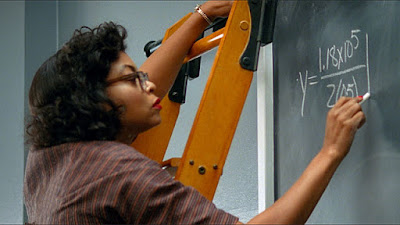 What do you think? Have you seen Hidden Figures? Did you like the film? Leave your (spoiler-free) thoughts in the comments section below.