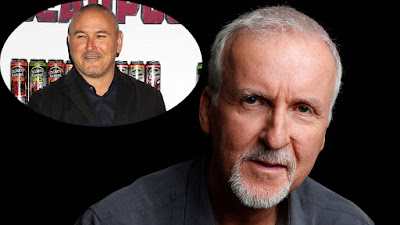 The Terminator franchise has been on a losing streak, pretty much since 1991. James Cameron made two great films (with Terminator: Judgment Day being probably my favorite of Cameron's films) and the franchise went down the sh*tter from there one. No one knew how to recreate the magic Cameron made with the first two films. Currently, Paramount has the rights to the Terminator franchise, but if they're not in production on a new film by 2019, then the rights revert back to James Cameron. And with the massive failure of Terminator: Genisys, it seems doubtful that Paramount will want to make another Terminator film. There's always the possibility they'll push through to churn another one out in order to keep the rights, but I think we would've heard something by now if that was going to be the case. So we can safely assume that Cameron will regain control of the franchise in 2019. But with his commitment to four new Avatar films, Cameron's going to be pretty busy for a while. So Terminator will have to sit on the shelf for a while... or perhaps not.

According to a new report, when Cameron regains the rights in 2019, he will be producing a new film, with Deadpool director Tim Miller in talks to direct. This is really exciting to hear! I really like this franchise, and I think it has so much potential and possibility. At this point, I don't think anyone would be excited for a new Terminator film unless Cameron was involved, which is what seems to be happening now. I doubt Cameron will reboot it. I think he's going to tell a new story within the same universe he created back in 1984. How the story will fit into what already exists, I have no idea. But Cameron is a genius. He'll figure something incredible out. And with what Miller did on Deadpool, I would love for him to direct this. He already proved he can direct giant CGI metallic characters with Colossus. Joking aside, he showed he can tell a competent story as well as juggle comedy and action. There is going to be a lot less comedy in Terminator then there was in Deadpool, but the fact that Deadpool was as good as it was shows that Miller can effectively tell a story, which is what you really need. I am very excited to hear more information about this new project. 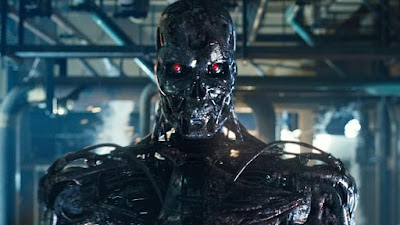 What do you think? Are you glad that James Cameron will be producing a new Terminator movie once he gets the rights back, with Tim Miller directing? Is this a good idea, or should Cameron just leave the franchise be? Leave your thoughts in the comments section below.