Manchester by the Sea SPOILER-FREE Review 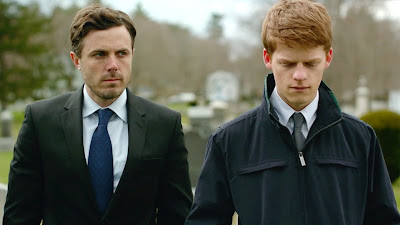 Manchester by the Sea is a film I've had a lot of anticipation for for a very long time. My history with this film goes back longer than most. A couple of years ago, an actor friend of mine had scored an audition for this independent film called Manchester by the Sea. None of us had heard about it, or knew anything about it. I read his page dialogue from the screenplay, and it seemed like just some ordinary film. In short, he didn't get the role, but I filed the name of the movie away in my head. Fast forward to today, and Manchester by the Sea is one of the leading Oscar contenders for this year's Academy Awards. It's crazy to me that my friend was almost in a (probable) Oscar-winning movie. So I went into this movie with incredibly high expectations. I was expecting it to be one of my favorites of the year, and to sweep the Oscars this year. After seeing the movie, it didn't reach the heights I wanted it to. It's a very good movie, and I liked a lot, but I don't think it'll crack my top ten this year.

After his brother passes away, Lee (Casey Affleck) becomes the guardian of his nephew, Patrick (Lucas Hedges). This leads to some unpleasant memories coming back to mind, along with confrontations with Lee's ugly past. 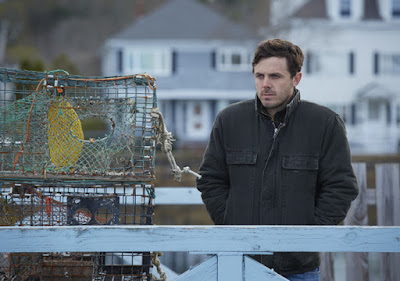 This film is incredibly subtle and authentic, which is what made it for me. It's not an over-the-top Oscar bait film where everyone is sobbing all the time and screaming at each other. Don't get me wrong, there are some very sad moments, but it's realistic in its portrayal of people and situations. Casey Affleck is phenomenal, with a very subtle and down-to-earth performance. This is the best I've ever seen him. He carries this burden, this heaviness, that is apparent in every line he says and every action he takes. You can tell he is held hostage by his past, and it is all through Affleck's performance. No dialogue ever says this. However, newcomer Lucas Hedges might have stolen the show, with his rapid fire delivery and teenage stubbornness. He and Affleck's chemistry is fantastic, and their banter makes from some great comedy. This film was surprisingly funny. It's not a yuckfest, but it has some great humor in it. Michelle Williams has a very small role, but she was excellent anytime she was on screen. And Kyle Chandler has a great supporting role as well.

What attracted me most to this movie was its Boston setting. I myself am from the Boston area, so I'm always interested to see films that use it as their backdrop. And this might be the most visually satisfying film for a Bostonian I've seen. It really captures the beauty of certain Suburban towns in the North Shore. I was watching this film, pointing to the screen "I've been there.", "I know that place.", "That's the hospital I was born at!" It sounds kind of juvenile, but it is exciting to see places you know, especially when every other movie takes place in Los Angeles or New York. Or like the middle of nowhere in Montana or someplace. The direction of this film by Kenneth Lonergan was great. He really utilized the locations, like I talked about before, and brought out the best in the actors. There is also some excellent cinematography done by Jody Lee Lipes. 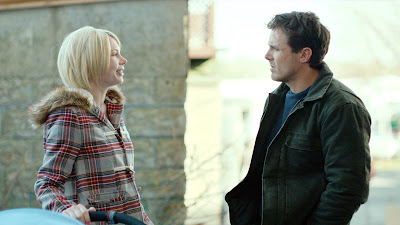 My problems with this movie stem from my expectations. I went in expecting the best, and I got a good film. I was told that, what's revealed to be Casey Affleck's demons, is incredibly sad and that it's truly shocking. It's definitely a sad thing, but it wasn't nearly as shocking or upsetting as I was expecting it to be. I was told that this movie was emotionally draining, but I walked out completely fine. It didn't have the punch that I thought it would. Maybe I'll appreciate this movie more upon a second viewing, but right now, I am disappointed. It's still a good movie, and I recommend seeing it. I just didn't hit me the way I wanted it to, or the way I think it hit other people. I also think it could've been a little shorter. It's over two hours, I think it could've been trimmed a bit to make it a more concise film.

Overall, Manchester by the Sea is a good film that doesn't hit the heights I wanted it to. It has fantastic (and Oscar worthy) performances by Casey Affleck, Lucas Hedges and Michelle Williams. The dynamic between Affleck and Hedges was gold, making for some incredibly humorous banter. The use of Boston locations was well realized. Most of the Boston accents were on point, but there were a few that were pretty bad. This film inhabits the spirit of Boston, with the dialogue being very much from people of Boston. The direction and cinematography is also very well done. However, this film didn't hit me emotionally in the way it hit others, and that was kind of a let down. I was hoping for a really powerful movie, and I didn't get that. Like I said before, this movie may grow on me upon a second viewing. But as it stand right now, I liked this film, but just not nearly as much as I wanted to. 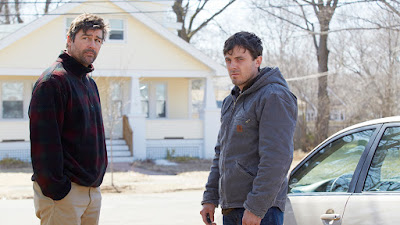 What do you think? Have you seen Manchester By the Sea? Did you like the film? Leave your (spoiler-free) thoughts in the comments section below.