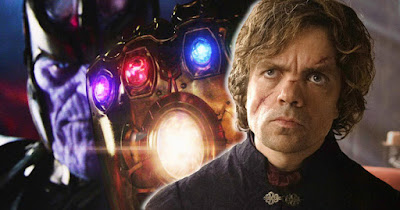 Reports are being circulated that Game of Thrones and X-Men: Days of Future Past actor Peter Dinklage is in talks for a role in Avengers: Infinity War. This is really interesting to hear, mainly because I didn't realize there was going to be a bevy of new characters in this film. I thought we would have the Avengers and then Thanos (Josh Brolin), and that would be pretty much it. But if they're starting to cast new characters, it seems like we could have some new characters to coincide with all the returning heroes. As for Dinklage himself, he's a great actor. I'm sure whatever role they put him in he'll do a good job with. So I have no specific concerns as to his talent. I'm interested to see what character he plays. There are rumors that Dinklage could be playing MODOK, Pip the Troll or even Uatu the Watcher. While these would make for interesting casting choices, I'm not sure if any of these really jump out of me as perfect choices for Dinklage, or perfect additions to Infinity War. I'm sure we'll learn more information in the coming months. 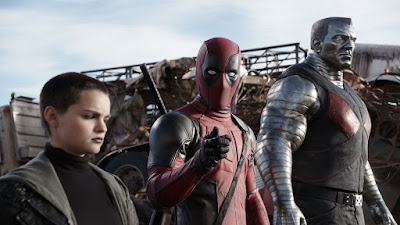 Rhett Reese and Paul Wernikc, the screenwriters for Deadpool, who are scripting the upcoming sequel, have confirmed that fan-favorite side characters Colossus (Stefan Kapcici), Negasonic Teenage Warhead (Brianna Hildebrand) and Dopinder the Taxi Driver (Karan Soni) will all be returning for Deadpool 2. This is exciting news to hear, because it shows that they're not straying very far from the original film with this sequel. They are keeping their mark and keeping in line with what they know worked and what fans want to see. Plus, these characters were so good in the original that of course they should be brought back. The question is how large of a role they will have. I highly doubt Dopinder will have thirty minutes of screen time, or anything like that. So I'm sure these characters will have contained roles. And I doubt that Colossus and Negasonic will be Deadpool's main sidekicks again. The film will most likely focus on Deadpool and Cable's relationship, so whatever capacity these characters' roles in the movie are will be interesting to learn. 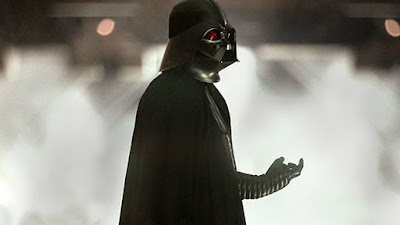 In the weeks since the release of Rogue One: A Star Wars Story (read our review here), we have learned bits and pieces of what from the final film was there from the beginning, and what was added later during the infamous reshoots. If you have not seen Rogue One yet, read no further, because there will be spoilers about a scene in the third act. You've been warned. How awesome was the Darth Vader scene in Rogue One? It was probably the single best part of that film! You can read more about our thoughts on the scene here. But the writers of Rogue One have confirmed that that Vader scene was actually done during reshoots. This just shows that reshoots for a film are not necessarily a bad thing. Everyone attributes reshoots to meaning that the movie is in trouble, but in the case of Rogue One, it seems to have made it an even better film. If used correctly, reshoots can not only enhance, but strengthen a movie. It allows the filmmakers to look at their movie in retrospect, find where they could improve, and act on it. That seems to be what happened here with Rogue One, and I for one am glad that they gave us this incredible, badass scene to remember Vader by.

The Dark Knight- Creating the Ultimate Antagonist,
courtesy of Lessons from the Screenplay