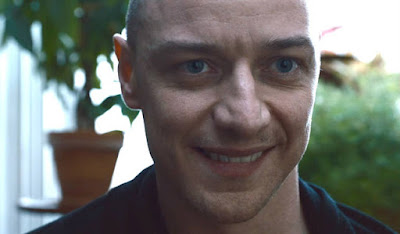 Anyone who has read this site for a while know that I've been a huge critic of M. Night Shyamalan in the past. The Sixth Sense was a brilliant film, and I consider it to be one of my favorite movies of all time. Unbreakable was pretty good. I don't really like any of his movies outside of those. I am in the minority in not liking Signs. I couldn't stand The Village. The Happening was a joke. I skipped some of his other more atrocious films, like Lady in the Water, The Last Airbender and After Earth. So two years ago when The Visit was coming out, I was completely against it. I saw it, and I didn't like it as much as some other people did, but I will recognize that it was definitely a step in the right direction for Shyamalan. So now we have Split. I haven't been entirely on board with the film so far. I thought the first trailer was okay, but the second trailer is what sold me in checking this movie out. Still, I didn't go in expecting it to be brilliant. I expected it was going to be another step in the right direction for Shyamalan, but not his renaissance film. However, after seeing the movie, I really think Shyamalan may be truly back!

Three young girls are kidnapped by Kevin (James McAvoy), a man who suffers from DID- Dissociative Identity Disorder. This means that Kevin has 23 distinct personalities that come and go over time. As the girls try to escape, they realize that there may be a fourth identity trying to emerge.

In many ways, this is a return to Shyamalan's classic films. It puts its emphasis on characters and atmosphere. Instead of being a horror movie, it's more of a psychological thriller. It builds its atmosphere, and uses it as a weapon to toy with the characters. It employs a subtlety that Shyamalan has lost in some of his latter films. It's a show-don't-tell mindset that allows James McAvoy to shine as his character. McAvoy is absolutely brilliant in this movie. He turns in probably one of the best performances of his career. He completely transforms himself for each personality, really taking on an entirely new character. There are some overt differences between personalities, and then there are some subtle ones. Throughout most of the film, I wasn't seeing McAvoy. I was seeing Hedwig, or Barry, or Patricia. He cultivated these personalities so well and so independently, that you only saw those characters, and not McAvoy. It's hard enough for an actor to lose themselves in one character, let alone close to two dozen. I think Shyamalan and McAvoy share ownership for the brilliance of the performance. McAvoy delivered on his end, and Shyamalan clearly guided him towards the finish line.

I was afraid the child actors' performances were going to be cringe-worthy. I usually detest child actors, because they usually take me out of the movie. Shyamalan did give us one of the best child actor performances to date with Haley Joel Osment in The Sixth Sense. Here, the performances are not nearly as iconic, but they definitely work. These people are necessarily children, but they're young enough that it could've gone wrong. Anya Taylor-Joy really shined in this movie. She was very subdued and quiet, and we learn later why she is the way she is. But I thought she gave an incredibly nuanced performance, one that I think many people will overlook in favor of McAvoy's. The other two girls were okay. Haley Lu Richardson did sometimes become a little whiny, and we didn't see enough of Jessica Sula to get a read on her acting ability. Of the three, the movie definitely focused the most on Taylor-Joy, and I think it worked for the best. But honestly, what makes this movie is the twist. I think the movie is pretty good, but the twist makes it excellent! I'm not going to spoil anything about it. It's not a twist for everyone, but for those it's for, it's sensational! 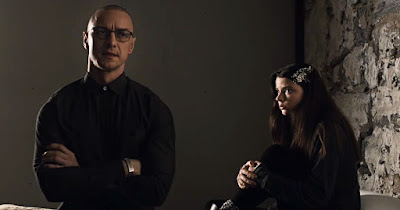 I do have a few negatives. I've never been a big fan of Shyamalan's dialogue. Even in his good movies, it sometimes comes across as wooden or unnatural. And that was the case again here. There were certain lines that didn't sound like a teenager would say them, or a person in this situation wouldn't say that. The girls sometimes were incredibly resourceful and clear-headed, beyond what I think a real person in their situation would do, and then would make stupid mistakes that weren't in line with what they had capable of before. I also think that the movie by the end kind of twisted a real disease in DID into something a little more cartoonish. For the movie, I think it worked fine, but for the real life repercussions of depicting a mental illness in that way... it didn't sit right. Throughout most of the movie, it worked fine for me. I took some Abnormal Psychology classes in high school, and we watched a documentary about a woman with DID. So from what I knew about the disorder, they captured a lot of the different elements of it very well. But once we start getting into the 24th personality, it turns more into fantasy, which was a disservice in attributing this to DID. Again, it worked for the context of the movie, but it didn't sit well for the real life implications it had.

Overall, this is the best work Shyamalan has done probably since Unbreakable. It's incredibly well crafted, with an emphasis on atmosphere and characters. It's a return to subtlety and nuance that Shyamalan has seemed to diverge from over his previous film. James McAvoy is phenomenal in the role, brilliantly playing each of the different personalities. It's amazing to watch him play these personalities, but you're reminded of just how great the performance is when he begins switching between characters instantaneously. He's fantastic! Haley Lu Richardson and Jessica Sula were okay, but Anya Taylor-Joy gave a great, subtle performance that will most likely be overlooked. The twist is really what makes this movie something else. I did have problems with some of the dialogue and the the logic of some of the characters, however. But overall, Split is really a return to form for Shyamalan, and I'm now really interested in seeing what he does next. 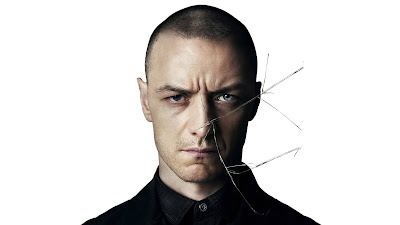 What do you think? Have you seen Split? Did you like the film? Leave your (spoiler-free) thoughts in the comments section below.