I don't think there is any other franchise that can have so much anticipation from a fanbase for a simple title. Fans have been waiting, pretty much since the end of Star Wars Episode VII: The Force Awakens for the title of the next episode, Episode VIII. There has been endless speculation as to what the title could be. For a while, there were rumors that it would be "Forces of Destiny", which was a f*cking awful title. It sounds like a title for a Disney Channel show or some other bullsh*t. But fans became even more speculative when director Rian Johnson stated that he has had this title in mind since the first draft of the film. That was cool to hear, because it shows that, whatever the title may be, it will really represent what the movie was. In hindsight, The Force Awakens was a great title for the film because it was really about the force reemerging in Rey (Daisy Ridley). So whatever this new title was going to be, it would have tie pretty heavily into what the film is truly about. And now we have official confirmation of the title of Episode VIII.

On the official Star Wars Instagram page, a teaser poster for the film was released, which revealed the title to be Star Wars Episode VIII: The Last Jedi. You can see the full poster for yourself below: 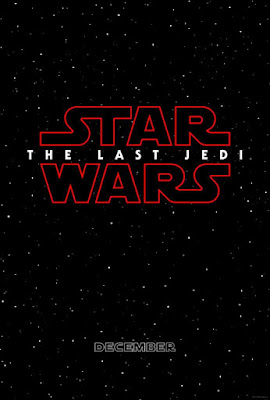 The more I think about it, the more I realize how great of a title this is. We've already heard about how Luke Skywalker (Mark Hamill) will be the emotional center of the film, and the Jedi referred to in the title is presumable Luke. However, I think there could be more to it than just that. While Luke may be the last Jedi, I think the film will focus on Luke training Rey, making her the next Jedi. So does this mean that Luke is going to die in Episode VIII, making Rey the new last Jedi? It's a possibility, but I don't think LucasFilm would tease something as significant and spoiler-heavy with their title. I'm sure that whatever conclusions we're drawing, they not only have already anticipated but have gone in the opposite direction with it. So no, I don't think we've figured out the movie by just knowing the title. There's going to be plenty of depth and layers to this movie. So while it's an exciting title, I don't think we'll know for certain what it exactly means until we see the finished film in December.

What do you think? Do you like the title Star Wars Episode VIII: The Last Jedi? Are you looking forward to seeing the film? Leave your thoughts in the comments section below.