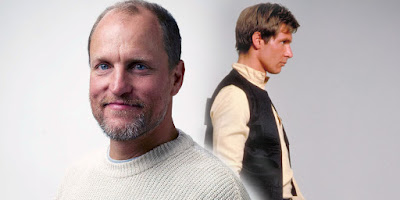 Woody Harrelson has certainly been getting around recently. He shocked a lot of people this year with a fantastic supporting performance in The Edge of Seventeen. He was sarcastic, cold, and at the same time heartwarming and charming. He really nailed that role. And now he'll be in the upcoming War for the Planet of the Apes, as the villain. From what we saw of him in the trailer, it looks like he could end up being a really compelling and intricate villain. That franchise hasn't had a human villain that is as compelling as Koba was, and it looks like Harrelson could bring that depth to the franchise. While Harrelson jumps around a lot of big franchises (The Hunger Games, Now You See Me), he is also a very fine character actor, and one hell of a performer. So whenever he is cast in anything, it peeks my interest. So hearing that he was cast in the Han Solo Star Wars anthology film was certainly a great thing to hear.

We don't know exactly what role Harrelson will have in Han Solo, but I think he would be perfect as a bounty hunter. He has the right look and feel to be some hardened, scoundrel character that's in line with Han Solo (Alden Ehrenreich), but much more ruthless. I don't think he should be the villain, but rather a supporting character that can elevate the film, similar to what he did in The Edge of Seventeen. But hey, if he is the villain, I won't be complaining. I'm not entirely sold on the idea of a Han Solo prequel film yet. I still think there were better and more compelling stories to tell rather than to go back and tell this one. And I probably won't be entirely convinced until I see the actual film. But adding someone like a Woody Harrelson to the cast really does work to help to bring me on board for this film. It sweetens the pot, and if nothing else, I think we may get a fantastic performance from Harrelson in this upcoming spin-off film. 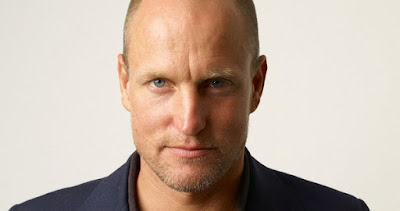 What do you think? Are you excited that Woody Harrelson has been cast in Han Solo? Are you looking forward to seeing the film? Leave your thoughts in the comments section below.