I am a big fan of the Alien franchise. The first Ridley Scott film is a fantastic, slow burn horror film. The second James Cameron movie is a terrific action movie. I try to forget that the third and fourth films exist. When Scott returned to do Prometheus, I thought it was overall a mixed bag. There were some excellent parts to it, and there were some not too excellent parts. Ultimately, what people didn't like about Prometheus was that it asked more questions than it answered, when fans were looking for more of a conclusion. With Alien: Covenant, I think Scott has really taken people's criticisms to heart. That first trailer he put out on Christmas Day was chilling, and it looked like a return to form for not just the Alien franchise, but for Scott as well. But while that teaser was fantastic, I've been wanting to see a full-length trailer. I want to get an understanding for the larger scope of the story, because the first trailer did look a lot like a shot-for-shot remake of the original Alien. So I wanted the next trailer to show me what exactly is going to make this film different. And now, we have our second trailer for Alien: Covenant.

Holy. F*cking. Sh*t. This trailer was balls to the wall crazy! There is so much packed into this one trailer that I'm having a hard time digesting it all. I loved the set-up in the beginning. They land on this planet, and it looks a lot like Earth, but there's nothing alive. I think this will probably tie into the beginning of Prometheus, when the Engineer uses his DNA to breed life. Then, they discover a whole bunch of Alien eggs, and sh*t goes crazy. This trailer still looks like it's shot-for-shot the original Alien, but there were a few key differences. We got our first, albeit brief, look at the Neomorph, which is in between what we saw at the end of Prometheus, and the classic Xenomorph we know and love. I think we'll be learning a lot more about the Xenomorphs origins, as well as more about the Engineers. So I think there will be enough in there to differentiate it from the first Alien, but I think it'll resemble that film in many ways. And that, ultimately, is a very good thing. The shots of the Xenomorph in this trailer were terrifying, especially at the end when it was bashing its head into the window. Overall, I have a lot of faith in this movie, and I think Scott has really righted the ship to give us a satisfying and terrifying new Alien movie. 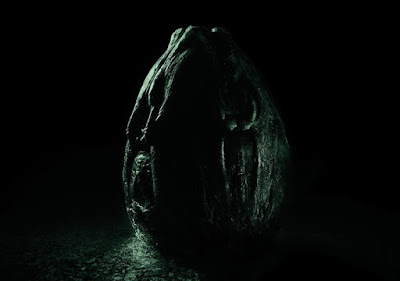 What do you think? Did you like the new trailer for Alien: Covenant? Are you looking forward to seeing the film? Leave your thoughts in the comments section below.