Super Bowl LI- Movie Spots Include Guardians of the Galaxy Vol 2., The Fate of the Furious, Logan, and More! 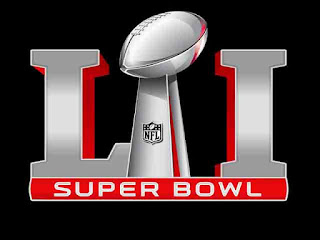 The Super Bowl is a time for people come together to celebrate sports, but for movie fans, it's a way to celebrate film. Every year, the biggest movies drop thirty second TV spots in order to help get the word out their films. Problem is... it costs $6 million dollars to air a thirty second spot. That's a lot of f*cking money. So not only do these movies have to be strategic in deciding whether or not to air a spot, but they also have to make sure to jam pack it with awesome, new footage in order to make the such an investment worth it. Now, a lot of different movies dropped spots this year. We didn't get to cover all of them, but right now we're covering six of the major spots that aired. Some I thought were great. Others were pretty mediocre. But let's dive right into talking about the movie spots of Super Bowl LI!

Guardians of the Galaxy Vol. 2

This is exactly what I expected from a Guardians of the Galaxy Vol. 2 spot. It's smart, it's funny, and it's jam packed with a lot of colorful action. The musical choice is different from what we've gotten before, but it just shows that "Awesome Mix Vol. 2" will be more diverse than the soundtrack in the original film. There are some great moments, especially with Yondu (Michael Rooker) and Baby Groot (Vin Diesel), as well as a glimpse at the overall world we're returning to. We still haven't seen any of Kurt Russell as Ego, but I'm sure they're saving that bit for a little later. Overall, I really liked this spot, and I thought it was a nice teaser for Vol. 2.

The Fate of the Furious

This TV spot honestly disappointed me. I just wanted to see some cool stunts and some fun action sequences, but all we got was a rehash of the trailer. For $6 million dollars, you want to show stuff that we haven't seen before. There were maybe two shots in here that we hadn't seen before, and those were cool, I guess. But it's two shots. Everything else was shot for shot from the trailer, just condensed. I'm interested in The Fate of the Furious because of the franchise, but this film has yet to sell me on this specific movie, and I was hoping that this Super Bowl spot was going to help with that. But unfortunately, it made me less interested. I'm hopeful that a second or third trailer will change my mind, but right now I'm not very thrilled for The Fate of the Furious.

Now this was a great TV spot! And talk about a film that really needed a spot. I'm not sure everyone knows about Logan yet, and this was a fantastic way to turn average people onto a new Wolverine movie. The trailer wasn't as violent as I wanted, but they couldn't show a redband TV spot during the Super Bowl. Maybe we'll get one online later, but I was content with what we got. It had a creepy rendition of "Amazing Grace", which surprisingly worked with the trailer. We got a lot of new shots that we hadn't seen before, and some repeats. But mainly, this was just a wake-up call to people who didn't know Logan was coming out... and now they know!

Pirates of the Caribbean: Dead Men Tell No Tales

I lost interest in Pirates of the Caribbean after the first one, but the first trailer we got was interesting solely because Johnny Depp wasn't front and center. I didn't think it was a great trailer, but it was interesting in that sense. Here, they do a similar thing. This wasn't a great spot, in my opinion. The beginning part with the dead bird made me laugh, and I don't think it was supposed to. There were some cool shots and some fun moments, but I think this is ultimately going to be just like all the other Pirates films. It'll have a convoluted story, CGI blandness, stale action, and a whimsical Johnny Depp that we've seen a thousands times. I've seen nothing yet (other than the lack of Depp so far in the marketing) that has shown me otherwise. I hope it's good. I want to this movie to be awesome. But I just don't think it will be.

Now here's something you didn't necessarily expect from John Wick: Chapter Two-- a strong sense of humor. It brilliantly spoofs Fifty Shades Darker, which will be its competition next week at the box office. It was fun, smart, and creative. It was also just a short reminder that this movie is coming out next week. We didn't need a whole elaborate spot-- just a little something that make sure people know to go see this. And I for one am really excited to see it! I have a feeling it may be just as good as the first, if not better, and I loved the original John Wick. I have a lot of high hopes for this sequel, and it made me smile to see it spoof Fifty Shades Darker in the way it did. It also shows this film's budget, in that it was only fifteen seconds when most spots were between thirty seconds and a minute. That's not a bad thing, but it's rather funny.

I've never gotten into the Transformers films. I've heard the first film is good, but all the others ones are complete and utter sh*t. So I never had any interest in seeing Transformers: The Last Knight. The first trailer looked okay, but it wasn't anything really special. And this TV spot is the same. I thought it was a little more interesting than the trailer, but it still looks like a CGI sh*tbomb. There's really no doubt in my mind that this film will get the same reaction from fans and critics as the last three. It's going to be a sh*tshow, and I'm not going to invest anything in it because I don't give a sh*t about it. I'll watch the trailers, but unless if this film gets a standing ovation and rave reviews, I'm staying home that weekend. 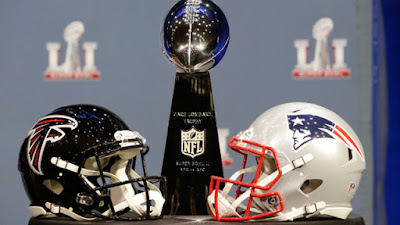