The Batman Getting a Page One Rewrite; Looking at a 2019 Release 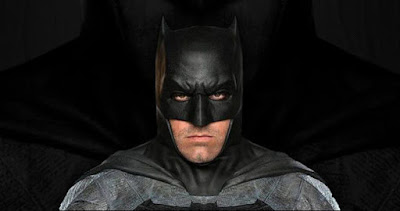 Just a couple weeks ago, we learned that Ben Affleck would be stepping down as the director of The Batman, which you can read more about here. At the time, it came as a complete shock. However, in hindsight, all the signs were pointing to something of this magnitude happening. The other day, I wrote an editorial asking whether or not the DC Cinematic Universe was f*cked (which you can read here). At this point, all I want to do is see Wonder Woman and Justice League. I don't want to hear any more news about all this sh*t going on behind the scenes. I don't. I'm tired of hearing about these characters being dragged through the mud. I just want to see some good movies, because I'm really losing faith in DC. Just give me Wonder Woman and Justice League, and we'll see if they're any good. But unfortunately, the wheel of sh*t continues to spin, as we are now hearing that The Batman is getting a page one rewrite. That means Ben Affleck's draft is gone. Chris Terrio's draft is gone. All the stuff with Deathstroke as the villain is gone. We're back at the beginning.

I don't know what to say anymore. I'm ranted about DC many, many times on this site, and it's all out of love. I love Batman, and Superman, and Wonder Woman, and the Flash, and Green Lantern, and all the other characters they have. It hurts me that DC is running around like a chicken with its head cut off. Everything seems to be a complete sh*tshow there right now. Everything is just so f*cking haphazard! Complete page one rewrite on The Flash! Ben Affleck drops out of directing! Spin-off film for f*cking Harley Quinn because she was everyone's favorite character in an otherwise sh*tbox of a movie in Suicide Squad. And now, a page one rewrite on The Batman. Everything is a mess with DC right now, and I just want them to figure things out. I'm tired of writing about breaking news about their dysfunction every other day. I'm tired of hearing that these characters that I love so much are getting butt-f*cked by studio executives who don't understand them! I'm just so f*cking tired at this point.

I'm sorry for my profanity-filled rant. I'm just done with hearing about all this stuff happening behind the scenes. The Batman has gone from being the light at the end of the tunnel to being another failing project. Look, it's Batman, so of course I'm interested. But I'm seriously losing interest in this movie. What I think is more worrying is the fact that they're doing a page one rewrite and are still looking at a 2019 release. It tells me they're going to try to rush this out. If you want to rewrite it to try to make it better, then take your time. Please, please don't rush through and churn out crap just to get it out. I would rather wait until 2021 to get an awesome Batman movie, then to get a half-assed one in 2019. DC, I'm begging you to take a moment and stop. Figure out what you want your story to be. Find an incredibly talented writer. Find an incredibly talented director. Take your time and make a fantastic movie. But they're not going to do that. They're going to find some intern to write the script. They'll find a director who they can push around and bully. And they'll put out a half-baked film just to make $150 million dollars opening weekend. Is it cynical for me to think this way? Yes. But is it warranted? Unfortunately, yes. I think the next big news we're going to hear is that Ben Affleck won't be playing Batman anymore, but we'll see if it ultimately goes that far. 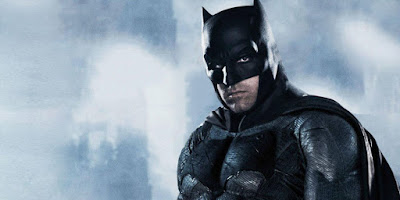 What do you think? Is there some upside to The Batman getting a page one rewrite? Am I being to cynical? What do you think is going on with DC and The Batman? Leave your thoughts in the comments section below.