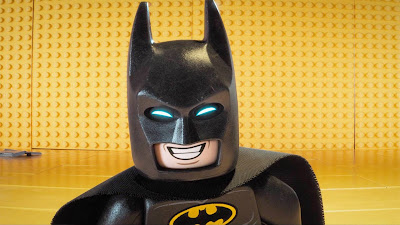 I still have not seen The LEGO Movie. I know, I know. When it was first coming out, like most people, I thought it looked stupid. Then it got rave reviews, and even though I really wanted to see it, I never had a chance to go. To this day, I still have not seen The LEGO Movie. So I was not particularly excited when I heard the news of the spin-off film, The LEGO Batman Movie. It sounded interesting, but there was nothing getting me excited for it. My anticipation for the film really didn't come about until the reviews came out for it, and everyone was praising the movie. That's when I really became interested and excited for The LEGO Batman Movie. I love the character of Batman. He and Spider-Man are my two favorite comic book superheroes, and they are two different characters entirely. There is so much fascinating psychology behind the Caped Crusader, that it's ripe for a spoof film in the vein of a LEGO movie. So when the reviews said this movie was excellent, I saw it the first chance I got. And it is in fact excellent. The LEGO Batman Movie is incredibly funny and entertaining because the writers understand the character of Batman, and are able to adequately make fun of him.

After a fight between the Joker (Zach Galifianakis) and Batman (Will Arnett), the Joker learns that he is not Batman's greatest enemy. To make a point, the Joker sets out to prove that Batman is nothing without him. 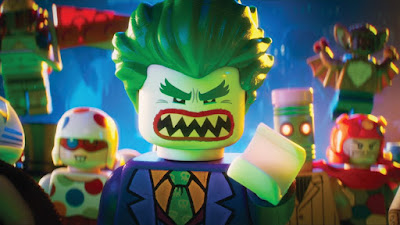 This film's strongest aspect is its comedy. It had me laughing from start to finish. It's smart, it's witty, and it's just plain hilarious! Like I said before, the writers understand the character of Batman. They understand his inner drive to fight crime because of the loss of his parents. They understand his morality and convictions, and it allows for them to exaggerate and amplify parts of his character. In this movie, Batman is entirely narcissistic. He thinks he is the greatest person ever. The comic book character of Batman does have some narcissistic elements to him, but this movie completely exaggerates it. And that's what this film does so well. In order to shape this film to be as funny as it is, they really needed to understand who Batman is, and they clearly do. And what was surprising to me was that, if you boil the plot down to its bare minimum, it's a classic Batman storyline from the comics. The Joker is making a point about how Batman needs him as much as he needs Batman. That's a story coming straight from Batman: The Killing Joke, and even The Dark Knight. We also see Batman wrestling with his fear of abandonment and being alone, and pushing people away because he fears losing them. That's classic Batman! Now, it's all done with LEGOs, and it is filled with jokes and is very light-hearted, but it's under all of that it's classic Batman.

The voice cast was also really good. Will Arnett nails it as Batman. He has fantastic comedic timing, and is absolutely perfect for this iteration of Batman. Michael Cera is also really good as Robin. This is a very different kind of Robin than from the comics, but Cera pulls it off great for the character he's playing. Ralph Fiennes sounds exactly like how Alfred should sound. I mean, all you need is a British accent, but I thought he was excellent. Rosario Dawson was also really good as Barbara Gordon. I didn't even know it was her until the end credits rolled. Zach Galifianakis was good as the Joker, however I didn't think he was outstanding. It was an acceptable Joker voice. He wasn't imitating any of the other Joker actors, which was good, but it wasn't anything that blew me away. It is just an animated role, but Mark Hamill has shown us you can do wonders with the Joker in animation. So that was a little bit of a let down. 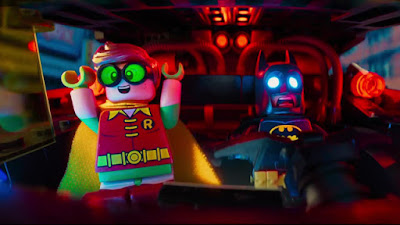 I will say that the first half of the film is definitely funnier than the second half. The second half develops the story more, and gets into the action. This definitely leads to the amount of comedy dropping, but not the quality of it. We still get good jokes that are just as good as the ones in the beginning, but just not as many of them. I also thought the movie got a little too big for its own good. It gets really crazy at the end, and it was definitely fun to watch, but I thought it lost some of the more personal connection we had with Batman along the way. Also, there's so many talented people voicing the cast in this film, but they'll have minuscule roles. I was really excited when I heard the news that Billy Dee Williams would be voicing Harvey Dent/Two Face, because he played Dent in 1989's Batman, but was recast by Tommy Lee Jones in Batman Forever when it came time for Two Face to appear. So this was a way for Williams to complete the character arc, and I loved that. But he has one line in the movie. At that point, why bring in Billy Dee Williams to say one line? Conan O'Brien plays The Riddler, but has maybe three lines. I just think it's a waste of talent to have all of these people playing these roles if they don't get to do anything as the characters.

Overall, The LEGO Batman Movie is probably one of the best comedies I've seen in a while. It's absolutely hysterical, excelling with its wit and self-awareness. It works so well because it understands the character of Batman. Under all the LEGOs and the comedy, it has a story that is very true to Batman's character, and that was something I really appreciated. He actually has a really good character arc, which is something I wasn't expecting from this movie. The main voice cast was great. Will Arnett crushes it as Batman. Michael Cera, Rosario Dawson, and Ralph Fiennes were all great in their roles. Zach Galifianakis did an okay job as the Joker. It certainly could've been better. The film does get a little too big at the end, and the second half doesn't have as many jokes as the first. There are some big name talents voicing roles who only get one or two lines, and that was disappointing. This movie was so funny to me because I got all the references to Batman's previous movies and comic book iterations. I don't know if the average movie-goer will appreciate this film to the degree that I do, because they may not understand a "shark repellent" joke. But in the end, The LEGO Batman Movie is a fantastic spoof movie, and definitely gives us a Batman we've never really seen before. 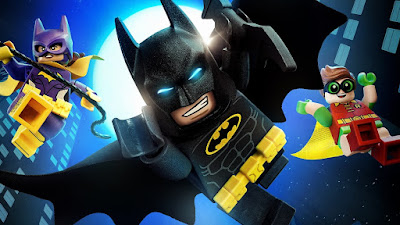 What do you think? Have you seen The LEGO Batman Movie? Did you like the film? Leave your (spoiler-free) thoughts in the comments section below.