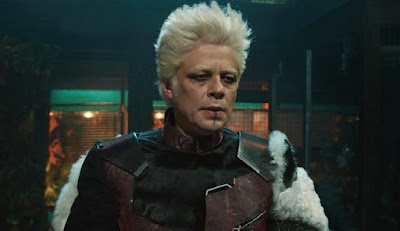 It has been confirmed that Benicio del Toro's role as the Collector in Guardians of the Galaxy will return for Avengers: Infinity War. This only makes sense. We know from Thor: The Dark World that the Collector has at least one of the Infinity Stones, and Thanos (Josh Brolin) is going to retrieve it in order to complete his Infinity Gauntlet. I would've been surprised if the Collector wasn't in Infinity War. Now, I don't think he'll have a big role. The Collector most likely will only be in the film for one scene, maybe two. Just because the Guardians will have a significant role in Infinity War doesn't mean that the Collector will as well. We know what purpose he serves for the story, and I think we will only be seeing him to fulfill that purpose. Marvel has about 70 other characters to balance in this movie. Last night, Marvel released a behind-the-scenes featurette that gave us our first look at the production of the film, and it looks incredible. You can watch that featurette here. It just shows that Marvel has such a good handle on this film, and that they'll make all 70 characters work, some how, some way. 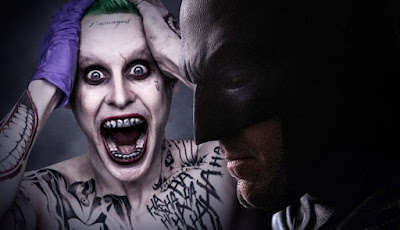 While we now know that The Batman is getting a page one rewrite and everything they had planned before is getting thrown in the trash (you can read more about that here), some things about the previous script have been revealed. While it's not being said exactly which draft this was written for, but we do know that the original Batman screenplay featured many characters from the Caped Crusader's rogue gallery, including Jared Leto's Joker. This lends itself to the rumor that Batman would, at one point in the movie, end up in Arkham Asylum, where he would encounter many of his villains. I loved this idea, and I'm glad the rumor was true. However, now it seems they're not going in that direction. I'm really fed up with hearing all the behind the scenes drama of The Batman at this point. I really hope the Arkham Asylum part finds its way back into the new script, because that would be a very smart and cool way to introduce us to the new versions of Batman's villains for this new cinematic universe. 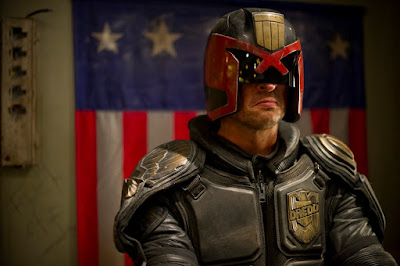 Dredd was a very surprising film. The trailers made it look mediocre, and it turned out to be a really excellent film. Karl Urban turned in a fantastic performance, especially for a person stuck under a helmet for the entirety of the film. Since the movie came out in 2012, there has been back and forth speculation as to whether a sequel will actually happen. The film didn't do very well at the box office, so it hasn't seemed likely that we'll ever get a follow up. However, producer Adi Shankar is now saying that a sequel will definitely happen... it's just a question of whether it'll be live action or not. I wouldn't be opposed to an animated Dredd 2. However, if we can't get a straight live action sequel, I'd rather see a mini series on Netflix. I think that's a platform that would really fit for a Dredd story, and it would be the best way to continue the series, in my opinion. They could make it rather inexpensive, and it would be a great way to get people excited again. And, if it does well enough, maybe then they can make a true sequel. So while I wouldn't be opposed to an animated movie, I would prefer to see a Netflix mini series.

10 Most Pointless Star Wars Movie Changes You
Never Even Noticed, Courtesy of WhatCulture