Before I Fall SPOILER-FREE Review 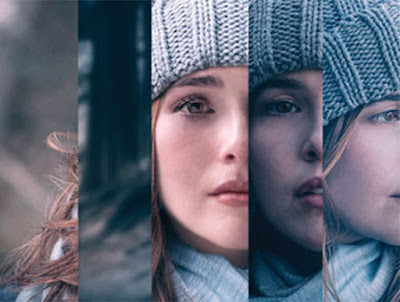 I've never really had much interest in seeing Before I Fall. I'm not particularly a fan of young adult book adaptations. I just don't think they're the best source material, in my opinion. So when I saw the trailers for Before I Fall, it just looked like a stereotypical story that I've seen a thousand times. The idea of this girl reliving the same day over and over again was interesting, but we've already seen it many times before in films like Groundhog Day or Edge of Tomorrow. However, I do like Zoey Deutch as an actress. She was great in last year's Why Him?, which was a huge surprise of a comedy for me. So, other than my friend's insistence on seeing this movie, Deutch's involvement was really the only thing that made me check this film out. Overall, it's exactly what I thought it was going to be. Cliched dialogue, predictable love stories and moral realizations, and a shtick that has been done many times (and much better) before.

After dying in a car crash, Samantha (Deutch) is forced to relive the last day of her life over and over again. The more times she lives it, the more she realizes the mistakes she's made, and what she has to do in order to become a better person. 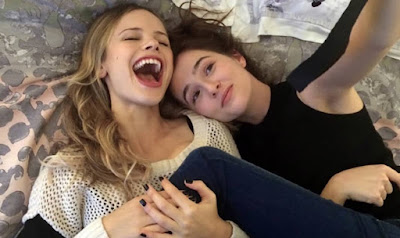 I don't think this is a bad movie. It's not something where I'm pounding my head into the wall asking God how this happened. On a technical level, everything works. The cinematography is probably the best part of this film, because it's gorgeous. There are some beautiful shots in this film. Everything technically is composed well. I just couldn't get into the story. In the beginning, the dialogue for these characters was just awful. It sounded like a forty year old man was trying to write dialogue for teenage girls. It did not sound believable at all. It never sounded like words teenage girls would ever say in actuality, but what people expect teenage girls would say. The dialogue got better as the film went on, but not much. The writing overall was pretty cliched and typical. I could predict every single beat of this film before it happened, and there was nothing surprising about it. It's exactly what you expect it to be. That's not always a bad thing, but for someone who was wanting to see something different and a little more unique, it did work against the movie. Last year, The Edge of Seventeen came out and it had a lot of cliches. You could kind of see where everything was going. But because of all the performances, because of the dialogue, because of the writing, because of the direction, because everything was executed so perfectly in that film, it felt unique and fresh. These movies can follow familiar beats, and still be excellent movies. The two aren't paradoxical. But Before I Fall didn't have great performances. It didn't have good dialogue. It wasn't well-written. The direction was so-so. It didn't do things the way The Edge of Seventeen did in order for it to feel new.

Now, even though I said the performances weren't that great, I really liked Zoey Deutch in this film. She made watching this movie actually bearable for me. She is a great actress, and while I may not have necessarily liked the words coming out of her mouth, she delivered them well. The other actors ranged from mediocre to bad. No one else stood out as being great. They all just kind of sunk into the background. Had Deutch not been as good as she was, I would have rated this film significantly lower. But her performance helped carry the film. Again, just to reiterate: this is not a bad movie. It's not a good one, but it's not a bad one. It's an okay film, but because there was nothing that spoke to me, nor interested me personally, I liked it a lot less. I'm not going to remember that I saw this after a month. When I look back at my old reviews in order to make my lists at the end of the year, I'm sure I'm going to be completely surprised that I saw this, and barely remember anything about it. I can see how a group of teenage girls (who are the target audience of this film) could really like it, but I'm not a teenage girl. That may surprise some people, but I'm not. The Edge of Seventeen is proof that you can make movies like this and make them really, really good, and have it speak to everyone. That movie was on a lot of people's top ten lists of the year, including mine. These movies can be good; you just have to make them good. 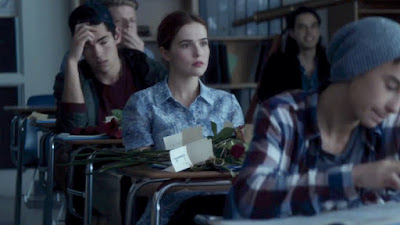 Overall, Before I Fall is not a bad movie, but it's not good. On a technical level, everything works fine. It actually has really good cinematography. There are some beautiful shots in this film. The directing is fine, but nothing too strong. The writing is pretty bad, in my opinion. The dialogue did not sound believable one bit, and it really took me out of the movie. The gimmick of her reliving the same day has been done many times before, and has been done much better. I predicted every beat the movie was going to hit, and nothing really surprised me. Zoey Deutch gave a great performance, but everyone else around her was just okay. She carried the film, and saved it from being a terrible viewing experience. There are going to be people who like this film, but I'm not one of them. It's not made for me. But that's not an excuse for a movie. The Edge of Seventeen proved you can make these kinds of movies where they are made for everyone. I am just really sick of these young adult adaptations that are for one select demographic, and isn't appealing for anyone else. In the end, Before I Fall is completely forgettable, and is just kind of a waste of time. 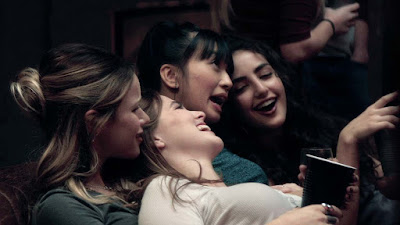 What do you think? Have you seen Before I Fall? Did you like the film? Leave your (spoiler-free) thoughts in the comments section below.