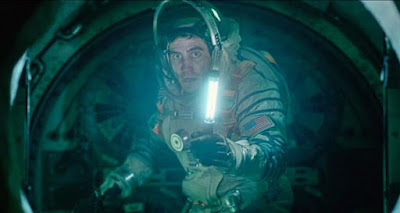 I've actually been really excited for Life. I am a big science fiction fan, so naturally this film caught my attention. It definitely has shades of Alien in it, but the trailers have shown me that Life isn't necessarily ripping off Alien, but rather paying homage to it. The cast is fantastic. Jake Gyllenhaal, Ryan Reynolds, and Rebecca Ferguson are all brilliant actors. It's also written by Deadpool writers Rhett Reese and Paul Wernick, which definitely caught my eye. I'm not as familiar with the director, David Espinosa, but knowing everyone else who is involved in this project was enough to get me really excited for the film. So I went in with pretty high expectations. I wasn't expecting it to be the next Alien. I wasn't expecting it to be a game-changing film. I was just hoping for an entertaining film that delivered on being a really good horror thriller. And for the most part, Life follows through on that. It does have some problems, but Life overall builds great tension and delivers on enough alien scares to keep you entertained, even if it doesn't have the lasting power of something like an Alien.

Returning from a mission to Mars, a group of astronauts aboard the International Space Station discover that one of their samples contains a single-celled organism. However, things quickly get out of hand when they try to study it. 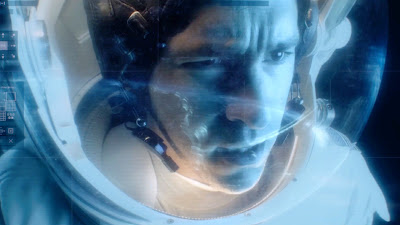 Director David Espinosa does a fantastic building tension within the film. As the stakes grow, the tension rises, and it's incredibly palpable. I would say this tension that was built was far scarier than really anything they showed in the movie, because it's all about the setting. This atmosphere encapsulates the movie in its entirety, and it makes the experience all the more enjoyable. The performances across the board are also really good. I'll talk more about the characters themselves, but the performances by the actors are very good. Jake Gyllenhaal, Ryan Reynolds, Rebecca Ferguson, and Hiroyuki Sanada all delivered, though I was expecting them to be good. I was surprised with how good Olga Dihovichnaya and Ariyon Bakare were, simply because I haven't really seen them on screen before. They were really good in this movie, and I enjoyed them quite a bit. There is a certain character who I wish was in the movie more than they were, just because, when they were on screen, they added a lot. The wire work in this film cannot be praised enough! The entire movie takes place in zero gravity, and everything they did to seamlessly make it feel like they were actually in space paid off tremendously. The wire work paired with the CGI made all the space shots look absolutely incredible. I also thought the ending for this movie was fantastic! It ended on such a high note that I was sitting in the theater with my mouth open. I've read reviews where people said they saw it coming, but I did not at all. It completely took me by surprise, and I thought it was just a fantastic way to end the movie.

I do think this movie has some pacing issues. The third act does kind of drag a little bit. It lost the same kind of edge that the rest of the movie had. Had the movie not ended the way it did, I probably would've left feeling disappointed. But it made a real comeback at the end, and really hit strong. The CGI was also hit or miss. Everything involving space and zero gravity looked fantastic in terms of special effects. I already commented on the wire work, the CGI there was flawless. Once we got to the alien, it just did not look good. The design was really cool, but the actual animation of it just did not work. It constantly took me out of the movie. It's probably due to the lower budget of the film, but the CGI here did not look nearly as seamless nor as realistic as the rest of the CGI in the movie. That was incredibly disappointing, as the film hinges a lot on the alien being effective. Everything it did was great; I just don't think it was animated as well as it could've been. It's similar to my problem with the Beast in Beauty and the Beast. While everything the Beast was doing was good, I was just distracted by his poor animation. I also wish the film had spent maybe an extra 10-15 minutes in the beginning to further develop the characters. We get a couple of lines per character to give us an idea of the background, but the film pretty much opens with them having discovered life. If they had spent just ten minutes developing these people, showing them interacting together as a crew, I think we would have cared more for them later on in the film. 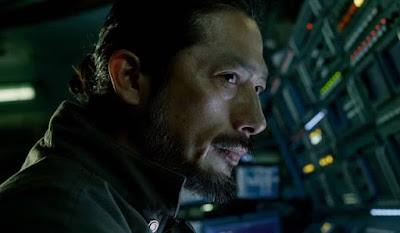 Overall, Life is a very good movie. It wasn't as good as I had hoped it would be, but it was very good nonetheless. The direction in this is fantastic, as Daniel Espinosa is able to build incredible tension. It really sets up this atmosphere that helps make this film be so effective. At the same time that it was very familiar, in borrowing a lot from movies like Alien, it was also different, as it took some very startling and unique turns. That kind of balance really helped enhance the movie for me. The performances are all really good. While the characters could have been developed a little more, I thought all the actors did a great job portraying them. The wire work was incredible, and the CGI paired with the zero gravity and space shoots was equally good. It's when it came to animating the alien that the CGI took a dive. It just did not work with the rest of the film, which was a disappointment. The pacing does slow down a bit during the tail-end of the second act and into the third act, but the film makes up for this with an incredible ending. It really hits you hard and leaves you with a lot to think about. In the end, Life does have its flaws, but it does enough right in order to make up for it, and to turn in a very good science fiction horror thriller. 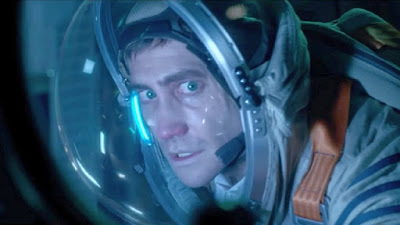 What do you think? Have you seen Life? Did you like the film? Leave your (spoiler-free) thoughts in the comments section below.